Eliminating The BPOL Tax Would Only Mean Raising Other Taxes 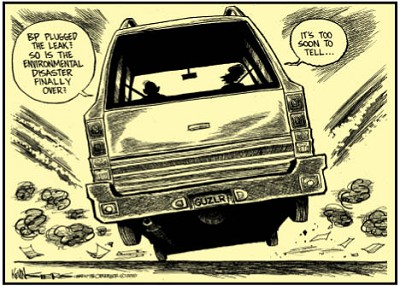 No business enjoys getting BPOL'ed.

The Business, Professional and Occupational License Tax is about as popular as it ought to be, which isn't popular at all. The chief complaint, and there is justification in the sense of grievance, is that the BPOL tax is levied against gross receipts, regardless of profit level, or the absence of year-end profit.

On the other hand, the federal and state government doesn't tax our personal income based on year-end after-expenses profit, either. So most of us know how it feels, one way or another, even with various tax deductions.

From time to time, different powers-that-be in the state of Virginia have encouraged repeal rumblings, advocating that the BPOL tax be taken away from the revenue-raising resources of local governments. Very serious voices have been raised in the last 20 years and certainly there are members of Governor McDonnell's Commission on Economic Development and Job Creation who are currently considering the future of the BPOL tax.

BPOL tax is unlikely but not out of the question.

There will be those who argue that economic development prospects will be improved and job creation enhanced if the BPOL tax were to be eliminated.

What's generally missing in the voices raised against the BPOL tax, however, is an articulation of ways and means for localities to replace the lost revenue.

Perhaps that reticence to address replacement revenue is based on the obvious and only alternative-raising other taxes.

There is far more popularity and politically profitability in fighting an over-the-top war against the BPOL tax without mentioning the reality of how the peace will be maintained once that war is over, and how much that peace will cost.

Would there really be a net gain if the gross receipts tax were eliminated?

How truly improved are economic development and job creation prospects, for example, if the loss of BPOL revenue means a community cannot afford to make water and sewer treatment upgrades needed by business and industry? Or if a community increases its water and sewer bills ten-fold, in addition to raising real estate and other taxes to compensate for the BPOL tax revenue loss?

Eliminate one tax and all the other taxes increase.

That is the reality.

It is a shell game.

A quite legal con.

Some will argue, of course, that there is an alternative to raising other taxes-cut spending and eliminate services. But even those voices hardly ever take responsibility for saying what specific spending should be cut and what services eliminated, or whose job gets flushed.

The Town of Farmville is among the many Virginia localities that depend on the BPOL tax as a major revenue source. The Town is not a tax-addicted locality, however. Indeed, Town Council raises Farmville's real estate tax about once every millenium.

Nor is the Town of Farmville guilty of frivolous expenditures. Thus, if the state were to eliminate the BPOL tax the Town and its citizens would be caught between a knife and a sharp place-eliminating $1.3 million in services or raising $1.3 million in other taxes.

Out of the toaster, so to speak, and into the oven.

The state, through the quaint and archaic Dillon Rule, holds all aces and face cards, and three each of every other card in the deck. The state deals out the odd four or five of clubs to localities with which to make do. Localities, in other words, only have those powers which are expressly given them by state government. The Joker can be, and often is, on them.

The Dillon Rule is named for Judge John F. Dillon, of Iowa, and words he penned in 1868. The judge states his opinion in emphatic language.

“Municipal corporations owe their orgin to, and derive their powers and rights wholly from, the legislature. It breathes into them the breath of life, without which they cannot exist. As it creates, so may it destroy. If it may destroy, it may abridge and control.”

Localities face increasing challenges and responsibilities but lack sufficient means to address them fairly, effectively and efficiently. The state should not repeal one of those means, the BPOL tax (however imperfect it may be), because eliminating it would only pass the bucks through other raised taxes.

Sometimes It's Better To Think Forward