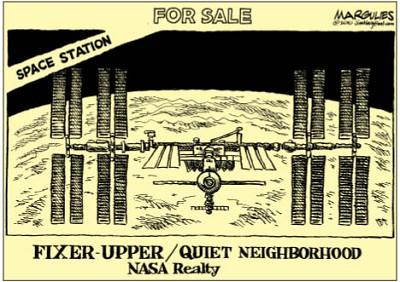 Beulah Wiley had a dream.

Not of riches, nor of wealth, but of other people's health.

And why others joined her on the crusade, providing their own crucial contributions to a dream that emphatically came true.

As Charles White, of Buckingham, recalled during CVCHC's recent 40th anniversary celebration, the late Ms. Wiley was driving folks back and forth from Buckingham to Charlottesville for medical care and believed the people deserved what they needed-a primary care facility in their own community. She also knew there were community health centers in other states. Virginia's lack of them was a state she would not tolerate.

Mr. White was invited by Ms. Wiley to attend the second meeting called to discuss how to achieve the goal of a community health center. Looking at a large framed photograph of Ms. Wiley, Mr. White said so much of the achievement of the goal they all embraced was “due to this lady here. And she is the person that really pushed this thing and she made the first move.”

Thanks to the lift-off spirit of Ms. Wiley and her colleagues like Mr. White, Central Virginia Community Health Center (CVCHC) in New Canton was a primary care pioneer in rural Virginia-the very first community health center in the commonwealth. Opening 40 years ago, CVCHC became the dream-come-true of one human being with a vision, and tenacity.

The planting of CVCHC in New Canton to serve the people of Buckingham, Cumberland and Fluvanna was also a seed from which community health centers grew around the state, in a geographic area from the Northern Neck, to Albemarle, Brunswick and Fredericksburg, now under the corporate umbrella of Central Virginia Health Services.

The long road has been well-traveled since Dr. Frank M. Shepard provided primary care from a rescue squad-like truck, prior to the location of a trailer in Gold Hill before a permanent CVCHC facility was constructed.

But the journey began with Ms. Wiley and her compassion for others. Such is the power of dreams (and dreamers) that those which do come true do not come true alone.

Like a river, dreamers pull others into the current of their dream because dreams that matter most have streams in many people. One person awakens the dormant or napping dream in someone, who shakes it awake in someone else. The next thing you know, there is a team of dreamers flowing to the sea of achievement. And they become hard to stop, which is a good thing because the creation of what would become CVCHC, and a string of community health centers all across a huge swath of central Virginia, was not unopposed-some believing a health center was unnecessary or that the feds would come and then go, leaving Buckingham taxpayers to pay for it all.

But naysayers resemble their naying horse namesakes-even they can be led, if harnessed with just a simple cord; there is no need to try and ride them. And many naysayers are also like horses in that they frequently (and foalishly) wear the blinders with which other naysayers equip them.

Distract them with a lump of sugar.

Because there are other dreams yet to come true, in Farmville and Prince Edward, in Buckingham and Cumberland, in Virginia and the U.S., and across the globe, if not in your own life. So there is much to learn in stories like those of Beulah Wiley, where the power of one person's vision, and that individual's relentless commitment and enthusiasm-and dreams require indefatigableness-are the rod which lightning strikes and illuminates the darkness where sleep, not dreams, too often dominate.

The Rainfall Is An Answered Prayer