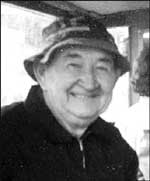 Booker is survived by is wife, Sarah Cunningham, and her four children, Terry Harris, Bobby T. W. Talbott, Duffy Heron, and Bambi Mitchell; two local nephews, Chris Cunningham and Ted Cunningham and their families, as well as many numerous other nieces and nephews, from all across the country.

Upon the death of his parents, Hugh C. Cunningham and Kate Fuqua Cunningham, Booker spent nearly the rest of his life running the family farm in Darlington Heights. In addition to farming, Booker became a well respected tobacco buyer along the east coast. He was also a lifelong member and elder of Buffalo Presbyterian Church.

His passions included golfing with his close friends, and bird hunting. Booker will be remembered by many for his loyal dedication to the local Republican party.

The service will immediately follow at the funeral home with interment at the Buffalo Presbyterian Church in Darlington Heights.

In lieu of flowers, the family requests memorial contributions be made to the Prince Edward County Rescue Squad, Buffalo Presbyterian Church (Cemetery Fund) or Fuqua School.