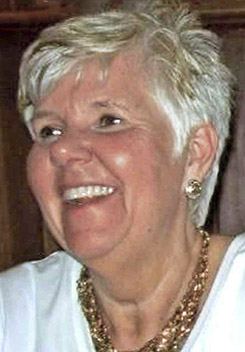 FARMVILLE – An active member of the Farmville community will be remembered for her bright spirit and selfless heart.  On Friday, Dec. 31, 2022, long-term Farmville resident Jennifer Halladay passed away after a six-month battle with gallbladder cancer at the age of 71.

Halladay wasn’t originally from Farmville, as her father was a naval officer. She was born on Oct. 29, 1951, in Jacksonville, Fla., and moved around living in Morocco, California and Virginia Beach. She came to Farmville when she attended Longwood Univerity and decided to stay in the area.

Even though Farmville was not her hometown, she jumped right in and made it her home. She began her teaching career at Prince Edward Academy and worked throughout the school district. She eventually retired from Prince Edward High School in 2010 after 35 years of pouring her heart into helping young people.

“I absolutely adored Ms. Halladay,” said Gwendolyn McQuaige-Hicks, principal at Prince Edward High School. “She had such an infectious smile and a wonderful heart. She will certainly be missed.”

Usually, folks use their retirement to slow down. However, Halladay did anything but as she kept herself busy. After growing up always moving, Halladay loved spending her time traveling the world. She went on African safaris, spent time in Paris, France; played golf at Soldier Creek, one of the top courses in the nation. But no matter where she went, Halladay always returned home to Farmville.

Even when she was at home in Farmville, she was still on the move, as she spent her free time volunteering at numerous locations. According to Kerry Mossler, Community Engagement and Relations with Centra Southside Community Hospital, Halladay had volunteered at the hospital since 2015.

Halladay would be up front where she would help those who came in by giving directions, delivering mail and flowers or bringing a smile during a hard time. According to Mossler, she had a very enthusiastic, energetic and fun personality that was a breath of fresh air.

“We are heartbroken,” said Mossler. “We will truly miss her and her heartfelt smile. She was the happiest person and lifted everyone up.”