Recreation Department reflects, looks ahead to 2023 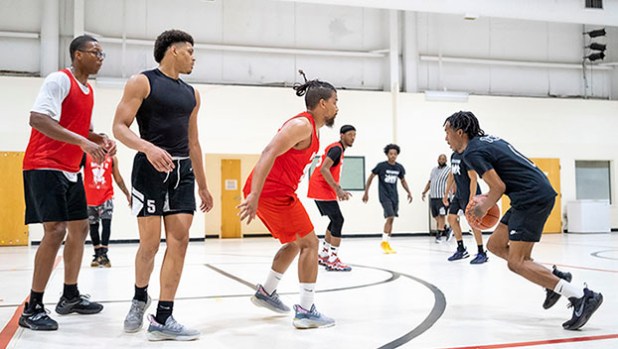 Players compete during the 2022 season of the Adult Basketball League. (Photo Courtesy of Jade Owl Creative) 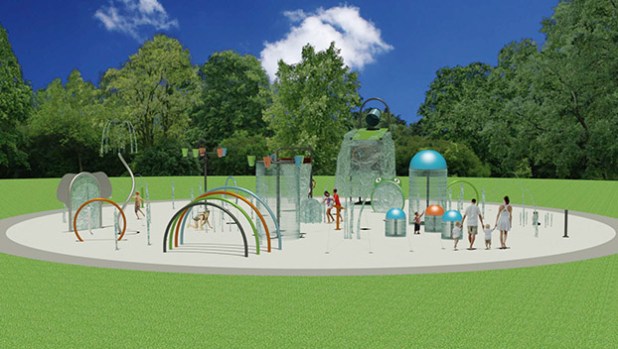 A look at designs for the Farmville splashpad, which is expected to be finished by summer 2023. (Photo Courtesy of Town of Farmville)

This past year was an eventful one for Farmville’s Recreation Department. We saw some positive programs launch and others continue to develop. Now, as we head into 2023, it’s time to focus on what worked, what developed and what’s coming up.

In 2022, Farmville held several programs that both drew a lot of attention and impacted the community. One of those was the Adult Basketball League, which started on March 21. Games were played at the Fuqua School Lower Commons Gym on Monday and Wednesday evenings. The season wrapped up with a tournament on Tuesday, May 10, with the No Label Basketball team taking home the championship. No Label is a for profit community change organization, established in 2019 by Ralph Branch and Alphonso Moore. No Label’s goal is to empower and educate communities about the impact of mental health in efforts to create a healthier lifestyle for all in which we engage.

After basketball wrapped up, the Town held Summer Day Camp, which started on Tuesday, May 31 and ended on July 21 when the youth participated in interactive educational and active sports programs. This was held in partnership with Crossroads Prevention Services. Teen counselors were trained and participated in leadership roles during the camp. Along with supervision, the counselors encouraged their peers to participate in activities, interact with new campers and develop leadership and team-building skills.

Also, the Prince Edward Youth Football and Cheerleading teams had an exceptional season. All the teams advanced to the James River Southside Youth Football League playoffs. However, they fell just short of winning the league championship.

We look forward to bringing all of these programs back in 2023.

And speaking of 2023, let’s take a look at what’s coming up.  Our local parks will be going through some renovations, as you’ve read about in The Herald. We are in the process of replacing playground equipment near the Barbara Rose Johns Farmville-Prince Edward Community Library. In addition, there are plans for a splash pad to be built to add a fun way to cool off in the summer sunshine. This pad will be about 5,000 square feet, on the same piece of property as Lions Park, but closer to the trail.

Lions Park is located on West Third Street, at the entrance to the Wilck’s Lake island area. The Town hopes to have it operational by summertime, for the kids to play on once they’re out of school for the semester.

With to community partners and donations, benches were installed at Andrews Drive Park. Playground equipment and other future amenities will also be installed at this site.