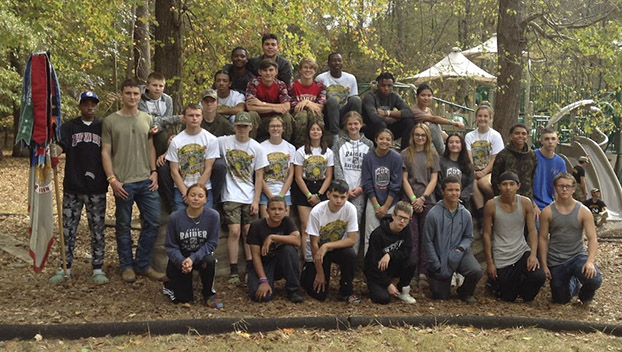 With the forested hills of the Lawhorn Scouting Base as their arena, more than 2,300 Junior Reserve Officers’ Training Corps (JROTC) students met Nov. 3 through 6 to compete in the 2022 U.S. Army National Raider Challenge. The four-day outdoor event in Molena, Georgia, featured high school all-service and Army JROTC students from across the nation (and Saipan) demonstrating their strength and athleticism in numerous team-focused events.

It’s the national championships between different brigades, battalions and schools across the nation who come together and compete over several events that are very physically and mentally challenging. Raiders is a team sport where you get a group of ten male, female or mixed teammates together to complete certain tasks…one event, you’re running a 5K, the next you might have to build a rope bridge across a river and in another you’re carrying big rucksacks that are 35 pounds.