Mike Wilson: It was a case of death by salami 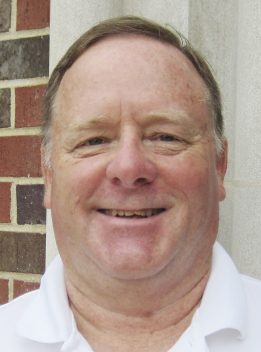 I fear that, when conversations turn toward my historic inclusion on the Hap’s Grill Wall of Fame, I may sometimes seem braggadocious. (Okay, I confess that I sometimes steer them in that direction. Interlocutor: “How about this weather?” Myself: “Do you like big hamburgers?”) After all, I am the only former Hampden-Sydney professor on those plaques, and the discontinuation of the challenge program means I will have no company there for time immemorial.

It was my daughter’s idea to go for it from the moment she first beheld the Wall, and hers was by far the greater feat since she was less than half my size but was compelled to eat four loaded burgers to my six. She was essentially disabled for a couple of days, but I had to get right back in the game that same night because a friend was headed to Iraq and his deployment send-off featured a huge bowl of iced jumbo shrimp.

I already knew that sometimes one has to “person-of-non-specific-gender up” (I work in academe and know better than to use “man”). Unlike my dear daughter, I was very well versed in tackling Major Eating Challenges. Now understand: I know I’m an amateur. I will never go to Coney Island on Independence Day to challenge Joey Chestnut on ESPN, but I still have fond and vivid memories.

When I was 12, my Baton Rouge grandfather, hearing that I loved oysters, took me in his old pickup down a long dirt road that dead-ended at a dilapidated cypress dock/shack on a bayou. There we got a pail–a serious mop bucket– full of shucked oysters, which we took home and ate at a picnic table with a whole bottle each of ketchup and Tabasco and a pound of saltines. I was faltering when there were a few dozen left, but when he told me we couldn’t save them, I truly understood for the first time that ringing motto, “No [name delicacy] Left Behind!”

In the summer of ‘78, just before my eldest daughter was born, we went out to dinner one night in Memphis to Red Lobster with my parents. We were a bit late arriving, and they closed at nine. When we were nearly finished, a kind server came over and said, “We have a lot of king crab legs left over from the special tonight. You can have as many as you want for free.” My dad and I looked at each other knowingly: Game On! We did our best, but I could still see over the top of the shell pile when time was called and they started mopping around our feet.

In ‘87, we took the girls to New England. One of our destinations was Bar Harbor, where several friends had summer cottages. Deciding to do the tourist thing, we went to one of the famous “lobster pounds” in Ellsworth where they feature the traditional Maine boiled dinner of lobster, potatoes, corn, etc. preceded by thick clam chowder and followed by fresh blueberry pie with a non-negligible scoop of vanilla ice cream on top.

This repast was necessarily washed down with a couple of pints. Fortunately, the girls were of an age that they did not have to be whisked away to the hotel to go to bed at 7 as are today’s children because, while I managed to walk slowly to the car, I found I could not sit down to drive. No worries: we only had to wait an hour.

The director of the FORSPRO program, where I took students several times for summer study in Madrid, had the wonderfully generous custom of renting out an entire asador (a restaurant specializing in roast meats) to host a dinner for the faculty sponsors and their families. The last time we went–in 2014–all three of my adult daughters were there to visit. The waiters started bringing out every tapa on the menu (serrano ham, chorizo, manchego, pickled anchovies, sauteed mushrooms, octopus, piquillo peppers, etc.) and replacing the wine bottles instantly whenever they appeared empty. The girls were scarily full already when they realized these were only the appetizers and that the roast suckling pig and lamb would soon arrive. Well, they plainly got the gene; they did themselves proud. The walk back to the apartment only took us twice as long as usual, and I wasn’t the slowest. When they recall it now, they tend to let out involuntary groans.

Last year for Labor Day weekend, my wife and I decided to go camping up in the Virginia mountains overnight. After finding a nice tent site, we headed over to a winery we knew near Floyd, one that was having an outdoor jazz guitar performance on their patio in the early afternoon. We looked at the menu and decided on a burger for her and a charcuterie plate for me.

Many readers will know that these are typically modest portions of sliced dry salamis, assorted cheeses, perhaps olives. In retrospect, I think the young man at the register may have been new because he went back to the prep area and emerged with a large plate triple-wrapped in industrial grade plastic. When he handed it to me, I guessed its weight at five pounds. Atop the veritable mound of cheese cubes and salami slices lay a wedge of a sharp imported Cheddar the size of a piece of apple pie. Finally, there was a very small separate pack of six crostini on the side. I see now that this must have been destined to be the staging platter for the typically stingy plates.

There was no remedy but to try my best. I first hit the three varieties of imported Italian salami hard. I attacked the one-inch cubes of Swiss and Cheddar, strategically saving the pepper jack for last. It certainly didn’t take very long to use up the six crostini. I even managed to knock out that ominous “pie wedge.” It did hurt to acknowledge that within five minutes I had used up my Weight Watcher points for weeks to come since cheese is one of the pointiest food groups conceivable, but I remembered another diet plan that offered one completely free day off per week and quickly rationalized and blended.

After an hour though, I finally came to the realization that I was defeated, that there was just no way I could finish that plate. I think it akin to the realization of one’s mortality. I wisely waved the white flag before going into a stupor; I was even able to walk to the car with relative ease. I offered the remainder to the jazz guitarist’s family, who happened to occupy the other end of our picnic table and had graciously invited us to sit.

His grown daughter turned up her nose and said, “No thank you.” The wiser wife asked, “are you going to throw it away? I’ll take it!” I am pleased to report that the guitarist, who was very good, made it through his sets on my salami and pepper jack since the line had grown too long for his breaks. Anyway, by then it was all burgers; they had mysteriously run out of charcuterie.