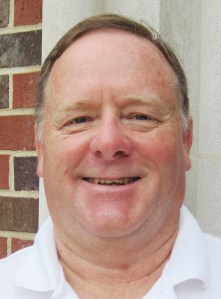 I was deeply saddened when my favorite comedian Rodney Dangerfield (you will remember him as bug-eyed, sweaty, and collar-stretching) passed away. His running gag “I’m tellin’ ya, I get no respect” (A favorite: “I told the bartender to surprise me, so he showed me a picture of my wife naked.”) really struck home for me since I am very familiar with that sentiment…

I was working an unpleasant summer job in Memphis during my college years in a factory that made cross-arm braces for utility poles and shipped them all over the world. One day the plant manager came over to the line where I was assembling bolt packs (8 bolts, 8 nuts, 8 washers, instruction sheet, tape closed, stamp model number and stack on pallet 500 times a day) with a letter in a foreign language.

He said he seemed to recall that I knew Spanish. I looked at the letter and told him it was from Brazil and in Portuguese, but I knew that language, too. I was instantly ushered into a nice air-conditioned suite up front where all the mechanical engineers worked with their neckties and short-sleeved white shirts and offered a take-out menu from a nearby sandwich shop. It didn’t actually take me very long to translate the letter–an inquiry requesting a catalog– and I was just washing down the first half of my sub with sweet iced tea when the foreman said, “Hey! Are you done? Back on the line!”

I took the rest of the sub back to the other side of the tracks. I am pleased to report that soon thereafter the entire corps of mechanical engineers was summoned to the back to repair a Cincinnati Press, but despite all their diplomas they could not thread a rod and without exception got sweaty, dirty, and greasy. You should have seen the look on the machinist’s face when he came in from vacation driving his Harley chopper right through the middle of the plant to do the job in five minutes.

I reported to Hampden-Sydney in the fall of 1981 at the ripe old age of 26. I suppose I was also somewhat young-looking. I went into the college bookstore the day before classes started to check on a book for Intro to Spanish Literature that had to be ordered from Mexico. There was a long line of students there buying textbooks and supplies, so I approached the counter to ask my question. The abrasive manager said, “Hey, get in line like everyone else!” When I got to the front and asked my question half an hour later, she got red-faced and apologized profusely. I will admit that my eyes were dry when she was not long thereafter dismissed for insubordination. The president had asked her to deliver a case of Zero bars to his office and she had indignantly balked. (This is the same president who upbraided me and a colleague for drinking Coke and eating cans of potato sticks on the porch of the student center during a summer school break. “Wilson, those things will kill you. I only eat raw green beans and drink mineral water!”)

I had wanted to enter the military when I was a teenager, but was unable to attend a service academy because I was blinded in one eye by a baseball when I was 15. My department chair at Hampden-Sydney was a Special Forces veteran and still a Sergeant Major in Active Reserve. He told me that there was a Naval Intelligence Reserve unit over in Norfolk and that they might be willing to overlook the medical issue since they needed linguists badly.

The first step was to report to an Armed Forces recruiting station in Petersburg to take the basic Vocational Aptitude Test (which revealed that I could become a helicopter mechanic since I could envision the shape of odd-shaped objects seen from a variety of angles) and fill out preliminary paperwork. The Marine lance corporal sat across from me pecking at an old manual typewriter and started asking questions: “Name? Address? Age? Years of school?” I had to stop a minute and count them up, but finally answered, “23.” He glared at me and shouted, “No, dummy! Just the ones you passed!”

The first Christmas after I was appointed Provost at Catawba, we were over in Memphis and an old friend invited us to a New Year’s party at a friend’s house. He was introducing me to some of his Memphis friends including some nurses. “This is Mike Wilson, he’s a…” One nurse stopped him short and said, “You don’t have to tell me. He’s a fireman.” My mind raced instantly to the fact that there were no calendars of dashing provosts. “Amazing! How did you know?”

A few years ago, we were leaving a popular nightclub in South Beach at about 1 am and I was waiting for the valet to bring my car around to the front door. I was standing there in my typical summer attire of white polo, khaki pants, and tennis shoes when a gleaming new Range Rover pulled up. The owner, who wore a full complement of gold jewelry, lowered the electric window and asked, “How much is parking?” I knew since I had just paid and told him, “$25.” He stared at me impatiently and then said in a rather exasperated tone, “Well?” I really should have taken the opportunity to take that fine machine for a spin…

MIKE WILSON is a former Hampden-Sydney Spanish professor and 13-year resident of Prince Edward County, who now calls North Carolina home. He can be reached at jmwilson@catawba.edu.