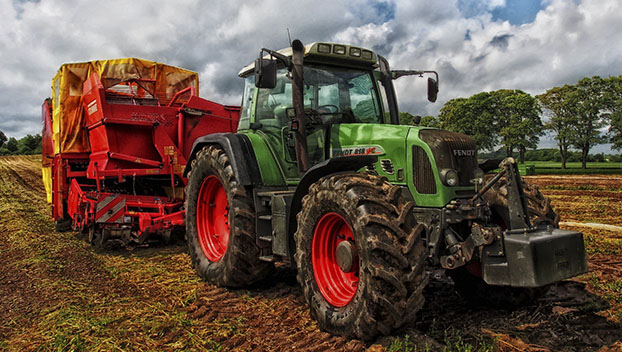 “Who are you, and what have you done with my husband?’ Jane Doe suddenly didn’t recognize the man she married when an unforeseen emotional crisis blindsided their Buckingham County family farm in 2020.

Though unexpected, the turmoil was the first step in a healing journey that fostered radical honesty, revealed their strength of character and illuminated the path forward.

The couple, who live in The Herald’s coverage area, asked to be identified anonymously as John and Jane Doe. While the names are different, elements of their story may sound familiar to farmers who struggle to maintain their mental health while contending with farm stress and family crises.

It was during the harvest season when John became increasingly agitated over a seemingly inconsequential personal matter. Negative emotions he’d buried years in the past were unknowingly triggered and came barreling back with frightening intensity.

His harsh, hurtful words rendered him a stranger to Jane after almost a decade of marriage.

“It was a slow-motion train wreck,” John recalled. “I knew my thoughts were irrational, but it didn’t matter. The train left the station, and there was no stopping it until it derailed.”

AN ELEPHANT ON THE TRAMPOLINE

While dealing with farm stress was nothing new, John’s outburst followed by an inconsolable emotional state was completely out of character. Jane asked her mother to take the kids. The couple spoke more honestly than ever before.

“If we didn’t deal with it, eventually it could have broken our marriage,” Jane said. “We had no choice but to tackle it.”

Weather, equipment breakdowns and a disrupted supply chain, plus the global pandemic, were already creating pressure.

“The money has been forked out to grow that crop,” John said. “It’s capital intensive, with so much out of our control that still impacts the bottom line.”

Now imagine a trampoline stretched tight and then an elephant drops out of the sky, Jane explained.

‘I WASN’T IN THIS ALONE’

John called a friend in Richmond and disclosed his struggle.

“The next day he was at my house and rode the combine with me all day,” he recalled. “It was very reassuring that I wasn’t in this alone.”

John needed to take a step back from work. Family took over farm tasks and child care.

“His dad would get in the combine, and his mom drove the grain cart,” Jane said. “They would say, ‘Go to dinner and concentrate on each other.’ We couldn’t have done it without that support system.”

“The therapist had a farm background as well, which made it a lot easier, because she understood what I was dealing with on a day-to-day basis,” he said.

“Now it’s a scar instead of a wound,” he said. “I learned nothing will change until you’re honest with yourself.”

Because there often are no signs of an impending crisis, mental health maintenance is crucial. The couple compares it to maintaining farm equipment — small fixes now will prevent major breakdowns in the future.

“The millennial generation sees therapy like going in for a physical,” Jane said. “It’s another part of your overall health.”

While farmers in multi-generational operations may have advantages like land and capital, there is more pressure to succeed, John said. One of his grandfathers died by suicide, and a great-grandfather was institutionalized after losing his farm.

“I’d like to think we’re more open and accepting to talking about this than previous generations were,” he said.

A recent American Farm Bureau Federation research poll found that farmers and rural residents are more comfortable than they used to be talking about stress and mental health challenges with others, and stigma around seeking help or treatment has decreased in rural and farm communities, though it’s still a factor.

Farming is more than what you do, Jane explained. “It’s who you are. If you primarily define yourself as a farmer, you’re more likely to internalize perceived successes and failures of the farm itself.”

Their message to the agricultural community — be vulnerable with each other.

“They’re probably fighting something themselves,” John concluded. “And it might start an important conversation.”

The AgriStress Helpline is available 24 hours a day, 7 days a week and has interpretation services for 160 languages. Farmers can call or text (833) 897-2474 to speak directly with a healthcare professional. Crisis specialists have access to a Virginia-specific curated database of agricultural and health resources.

Last summer, the Virginia Department of Agriculture and Consumer Services launched the AgriStress Helpline for Virginia to provide the commonwealth’s agricultural producers with mental health support.

A call or text to 833-897-2474 connects farmers with trained professionals who can offer support and help find mental health resources in a specific area of the state.

“The physical demands of farming, isolation, weather variability, fluctuating input cost and commodity prices can all impact mental health,” said Matthew Lohr, Virginia secretary of agriculture and forestry. “Stigma and privacy concerns associated with obtaining mental health services may cause some producers to refuse to seek out these very important resources.”