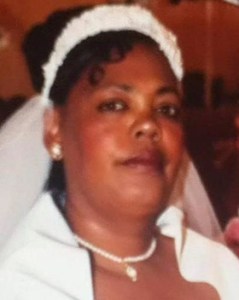 Mattie Louise Lawson Marshall, 68 of Pamplin, passed away on Dec. 31, at her residence. She was the daughter of the late Bernard Sidney Lawson and Mattie Frances Goode Lawson.

In addition to her parents, she was preceded in death by her brothers, Sydney Bernard Jr. and William Lawson and brother-in-law, Clarence Ligon Sr.

“Pee-Wee” loved a good movie, sometimes she would even spoil the plot, just as she would with every child that wasn’t hers that came through her door.

Funeral services will be held on Sunday, Jan. 8, at 2 p.m., at Zion Baptist Church in Pamplin with interment in the church cemetery. Public viewing will begin on Jan. 7, from 12 p.m. until 6 p.m. at the funeral home in Brookneal. Condolences may be expressed at www.JeffressFuneralHome.com.

Arrangements are by Jeffress Funeral Home and Cremation Service of Brookneal.