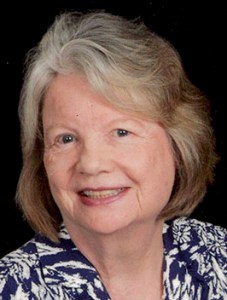 Mary Kay Catlin Murphy, of Richmond, died peacefully on Jan. 10, surrounded by her loving family. She was born in Farmville on Aug. 8, 1935, and was a proud alumna of Hollins College and the Pan American Business School.

Mary Kay met Bob, the love of her life, when she returned home from college to attend a high school football game. Ruth, her baby sister, let her know the cute boy that she liked was at the snack bar. They married shortly thereafter, had three beautiful children, and enjoyed 64 years together.

Mary Kay’s hobbies included horseback riding, golf, tennis, garden clubs and book clubs. She was proud of her involvement with the Daughters of the American Revolution.

She was predeceased by her beloved husband, Bob Murphy; her son-in-law, Mike Shortt and her grandson, Daniel Shortt.

The family is thankful for the loving care shown by the staff at Westminster-Canterbury and the Hospice Team at St. Mary’s Hospital