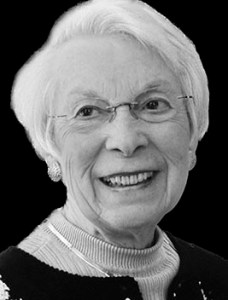 She was a graduate of Longwood College, Class of 1952, member of Alpha Sigma Alpha sorority and was president of the student body in her senior year. Bebe taught high school math in Virginia Beach where she met her husband, Bill, a Naval aviator assigned to Oceana Naval Air Station. They traveled throughout the United States and Europe during his military career and returned to Farmville in 1977. Bebe was a kind and caring person who dearly loved her family.

A graveside service will be held at Westview Cemetery on Thursday, Jan. 26, at 11 a.m. Memorial contributions may be made to the Farmville Presbyterian Church, 200 West Third St., Farmville, VA 23901 or a charity of your choice.