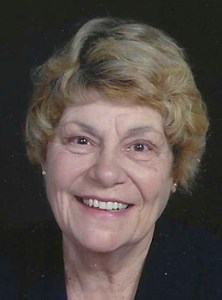 Judith Ann Jamieson, beloved wife of John Jamieson, ascended to the everlasting life on Jan. 21. Judy was born in Watertown, New York on Nov. 9, 1939, the eldest daughter of Herbert and Louise Thurheimer. She attended local schools, graduating in 1957. Following graduation, she enrolled in the Mercy Hospital School of Nursing, graduating in 1960.

After schooling, Judy worked in Mercy Hospital and later as a nurse for Drs. Fitzgerald & Finnerty. Judy also worked at Mary Immaculate Hospital in Newport News and Home Health Care. She retired in Farmville in 2002.

In 1962, she met and later married John Jamieson, who survives her.

The couple moved to Carthage, Hudson, and later back to Watertown as John’s work dictated. In 1981, the family left the North Country for Virginia, where they built their retirement home.

Judy was preceded in death by her loving mother and father; her sister Jean and her brothers, David and Dean. The family will be receiving family and friends at Puckett Funeral Home on Thursday, Jan. 26, from 6 – 8 p.m. Funeral mass will be held at St. Theresa Catholic Church at 10 a.m., on Saturday, Jan. 28. Committal service at the Amelia Veterans Cemetery will be at a later date.

Judy was an active member of St. Theresa’s Catholic Church and the Ruth Adams Garden Club.

Donations may be made in her name to St. Theresa’s Catholic Church.

Puckett Funeral Home of Farmville, is serving the family. www.puckettfh.com.