When will the lights be back on? Winter storm recovery continues 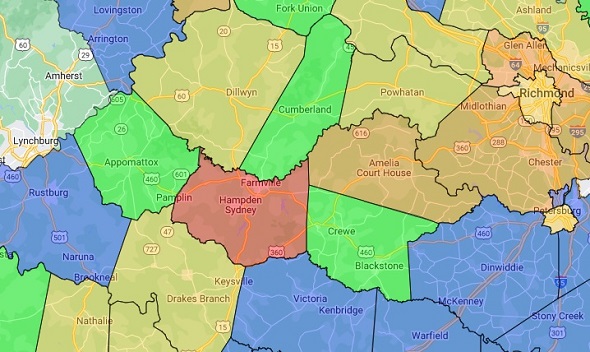 FARMVILLE – When will the power come back on? That’s been the question asked since the latest winter storm arrived in most of Prince Edward, Cumberland and Buckingham counties. Both Dominion and Southside Electric Cooperative (SEC) officials say it’s going to be a while. And by that, they mean there’s a good chance it’ll take at least until Saturday.

“With high winds continuing for most of the day, restorations will move into the weekend for some,” SEC officials said in a statement. “Currently, we can’t give solid estimations on our repairs until the storm has passed.”

The SEC has 21 crews currently working in the field, with power restored to an estimated 4,938 homes in the area. That leaves 8,251 people without power across the SEC’s coverage area. A total of 71% of SEC customers in Cumberland are still without power, with 23% in Prince Edward.

That storm SEC officials referred to includes high wind gusts, which reached 50 mph at times in Farmville as late as 5 p.m., according to the National Weather Service. It knocked out power and, in some places, shut down traffic lights. In Farmville, stoplights weren’t working from Food Lion to Sheetz as of 5:15 p.m. Farmville police officers were out directing traffic.

As for Dominion, there are still 2,544 customers in Prince Edward, 529 in Cumberland and 505 in Buckingham without power. Dominion officials echoed the SEC’s response, saying the wind is still a problem.

“Windy conditions can slow down our storm response, but our crews out in force are repairing damage now and we will keep working 24/7 until power is restored,” Dominion officials said in a statement.

While high winds continue across the region, temperatures are also dropping. That’s raised a number of concerns. The high winds will lead to a Wind Chill Advisory, starting at 7 p.m. tonight. With temperatures expected in the single digits, the wind chill will be below zero. National Weather Service officials advise people to limit their time outside tonight. And if you do have to go out, wear winter clothing and gloves.