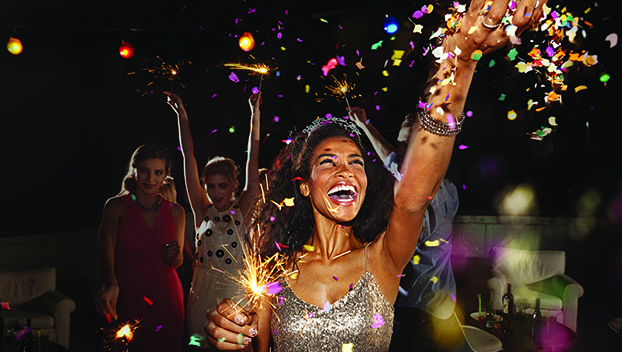 New Year’s Eve is one of the most festive nights of the year. Despite its reputation for revelry, New Year’s Eve also can be dangerous, which underscores the need to celebrate responsibly when ringing in a new year.

American Addiction Centers surveyed 1,000 Americans regarding their alcohol consumption habits on certain holidays. The survey found that the average person consumes 4.4 alcoholic drinks on New Year’s Eve, making the holiday second only to Mardi Gras in terms of drinks consumed. Alcohol lowers individuals’ inhibitions and adversely affects their judgment, which could make them vulnerable to criminals and more likely to make bad decisions, including driving after a few drinks. In fact, the National Safety Council estimates that 427 people may die on U.S. roads during the 2022 New Year’s holiday period.

A new year is worthy of celebration, and the festivities can be even more enjoyable when individuals take these safety tips to heart.

• Recognize the risks. Recognition of the potentially serious threats that can be lurking on New Year’s Eve is vital to celebrating safely. In 2016, leaked documents indicated that more than 1,200 women were sexually assaulted on New Year’s Eve in various German cities. A 2011 report from the Bureau of Crime Statistics and Research in the United States noted a significant spike in the rate of assaults, murders, sexual assaults, and robberies on New Year’s Eve, linking that increase to higher levels of alcohol consumption. Individuals who recognize how vulnerable overconsumption of alcohol can make them may be less inclined to overdo it this year.

• Avoid the roads. Data from the National Highway Traffic Safety Administration indicates that 68 percent of drunk driving traffic fatalities on New Year’s 2016 involved drivers with a high blood alcohol concentration. One of the safest things individuals can do on New Year’s Eve is to avoid the roads. Consider celebrating at home or staying in a hotel or the home of a loved one. If you must be on the road, call a cab or book an Uber when you need to get to and from a party.

• Be careful even if you’re hosting. New Year’s Eve celebrants also must be vigilant if they’re hosting a gathering at home. Laws vary, but social host liability laws generally hold hosts who serve alcohol responsible for the actions of their guests after they leave their homes. So hosts could conceivably be vulnerable to criminal or civil proceedings if they serve alcohol to guests who are then involved in traffic accidents or other incidents after they leave hosts’ homes.

New Year’s Eve is a time for celebration. Taking steps to ensure celebrations are safe can make the night even more fun.