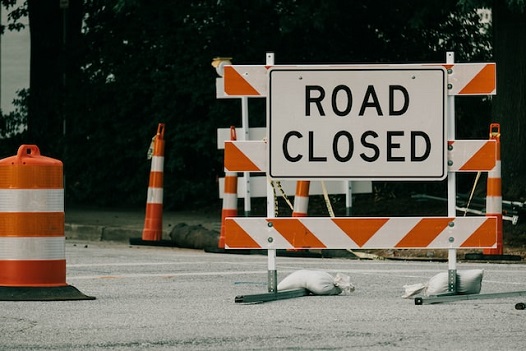 Starting next week, you may want to avoid a portion of Farmville Road if possible. The Virginia Department of Transportation announced Friday that drivers can expect delays beginning on Monday, Dec. 12, as work crews repair a bridge that crosses over the Norfolk Southern Railway. The bridge is just south of County Line Road.

VDOT officials cautioned that while people will still be able to travel the road, it might be a tight fit at times for some.

“While traffic will still be able to cross, the road lane width in that area will be reduced to 10 feet,” said Len Stevens. He works as communications director for the department’s Lynchburg district, which includes Farmville and Prince Edward County.

Stevens added that traffic in the area will be controlled by signal lights. These will be temporary, much like those set up this fall leading to the Kingsville roundabout.

The biggest question is when will this work be finished. The answer, Stevens said, partly depends on the weather.

“The work is expected to take eight weeks, weather permitting, wrapping up in early February,” he said.

For anyone planning to drive through the area, Stevens urged them to be cautious, to slow down and avoid distractions.

The bridge work is being funded through the $536.8 million in additional federal dollars Virginia received earlier this year to repair its damaged bridges.

Are Prince Edward bridges a problem?

Out of those, this Farmville Road bridge over the Norfolk Southern Railway was rated as the one in the worst shape, so that’s why it gets repaired first. The next five on the list for Prince Edward County include a bridge on Commerce Road over Little Buffalo Creek, one on Route 460 Business over Briery Creek, Prince Edward Highway over Bush River, Route 460 over Sandy River and one on Douglas Church Road over Buffalo Creek.