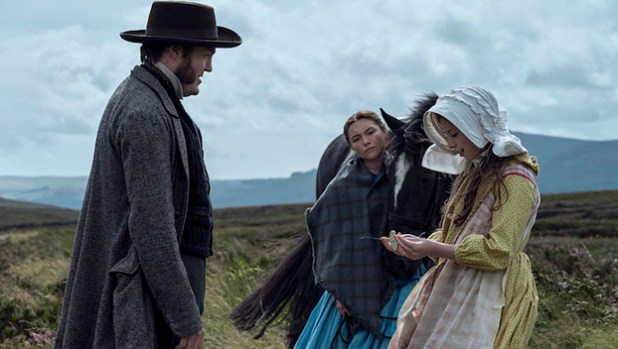 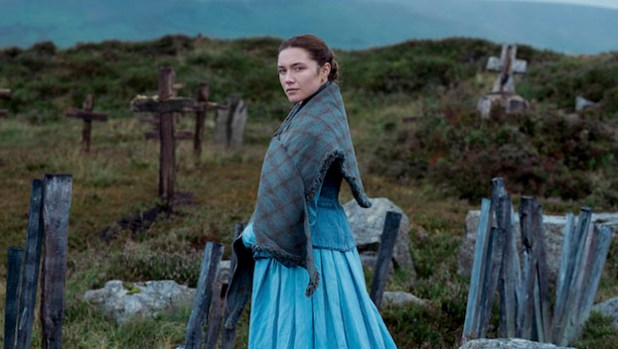 The Wonder. Florence Pugh as Lib Wright in The Wonder. Cr. Christopher Barr/Netflix © 2022 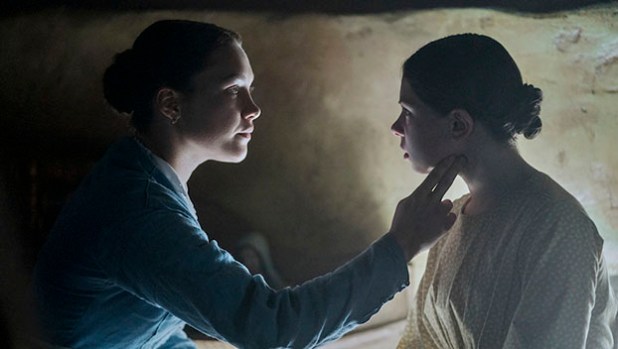 Based on the novel by Emma Donoghue, THE WONDER is an eerie and enthralling thriller that explores the conflict between fact and faith. Set in 1860s Ireland, shortly after the potato famine that killed ~1 million people, the story follows Lib (Florence Pugh), an English nurse who is sent to a small town in Ireland. She has been asked to monitor Anna (Kíla Lord Cassidy), an 11-year-old girl who allegedly has not eaten in 4 months; she claims she is being nourished by manna from Heaven.

It is unclear how Anna is still alive, much less in as good of health as she appears. So Lib and a nun take turns conducting 8-hour shifts with Anna to see if she is sneaking food or being helped in any way. As a woman of science, whose job depends on her rationality and pragmatism, Lib must determine if this really is a miracle, as many people in the town believe, or are there people with ulterior motives manipulating the issue?

As Anna’s health gets more and more dire, Lib’s respect for the culture and beliefs of those around her gives way to frustration and anger as she is determined to get to the bottom of it before the situation becomes deadly.

Some may consider THE WONDER to be a slow-burn mystery, but I found myself so lost in the story, I didn’t realize how much time had passed when the credits began to roll. And a large part of that is due to the phenomenal performance by Florence Pugh, who puts the entire film on her shoulders and continues to show she is one of the best actors of her generation. Her performance, as a level-headed seeker of the truth, has you in the palm of her hand the second the movie starts, and that is incredibly important for such a character-heavy story. The entirety of the audience’s point of view is seen through Lib’s eyes and Pugh handles the responsibility with ultimate precision. I know I am inherently an empathetic audience member, but her character’s emotions became my emotions as I could feel Lib’s anxiety, desperation, and determination permeating through every scene, growing more and more frantic as the situation begins to spiral out of control.

Newcomer Kíla Lord Cassidy was also phenomenal in a performance that requires enormous physicality and emotion. It is up to her to convince you to care whether her character lives or dies, and I immediately was invested, which is admittedly not always the case when I watch these kinds of movies. Sharing almost every scene with Pugh, it’s hard to believe this is one of Cassidy’s first major onscreen roles.

The film is beautifully shot by one of my favorite cinematographers Ari Wegner, who exquisitely builds the film’s atmosphere by capturing the windswept vistas and green landscapes of the Irish countryside. Juxtaposed to the stark, constrained interiors of Anna’s candlelit home and Lib’s isolated quarters, which are the majority of the scene’s backdrops, it adds to the urgency to solve the mystery and get back to a familiar, less hostile environment.

“We are nothing without stories,” the narrator of the film proclaims, and that is how I feel watching fantastic character-driven movies like THE WONDER. This is the type of film that works best when you fully immerse yourself in the story alongside the main character, so I urge you to cut off all distractions and jump in. You may be surprised by what you find.

THE WONDER is now streaming on Netflix!