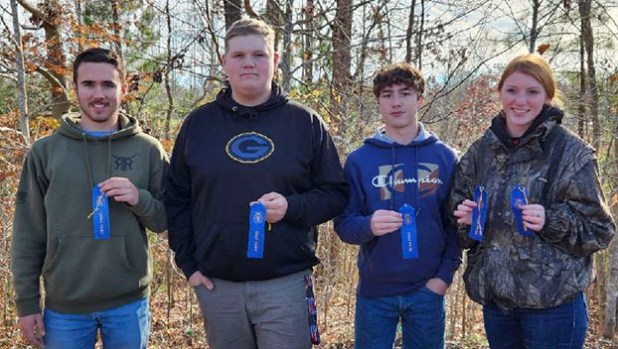 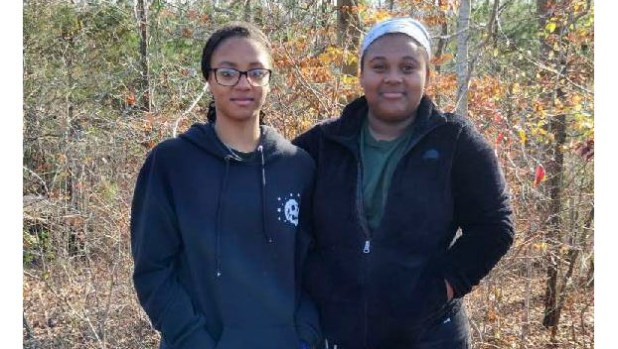 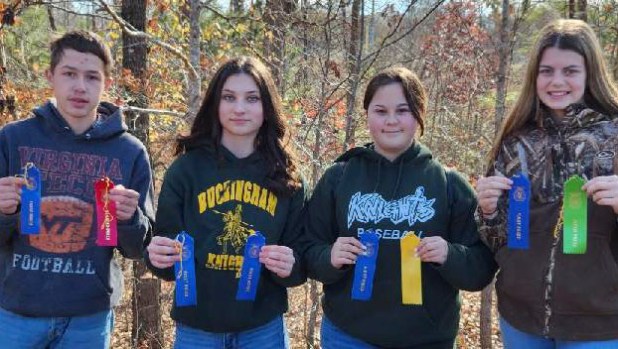 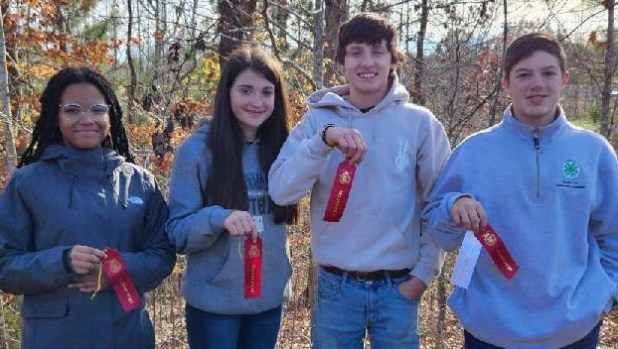 BUCKINGHAM — The Southeast Area Forestry Contest was held in Powhatan on Nov. 14. The forestry contest tests the FFA member’s knowledge on tree identification, equipment identification, estimating volume of trees, and reading topographic maps. In addition to those parts of the contest, members of the senior division had to explain their choice of removing or leaving trees in their timber stand improvement portion of the contest while the junior division had to estimate the value of the given trees.