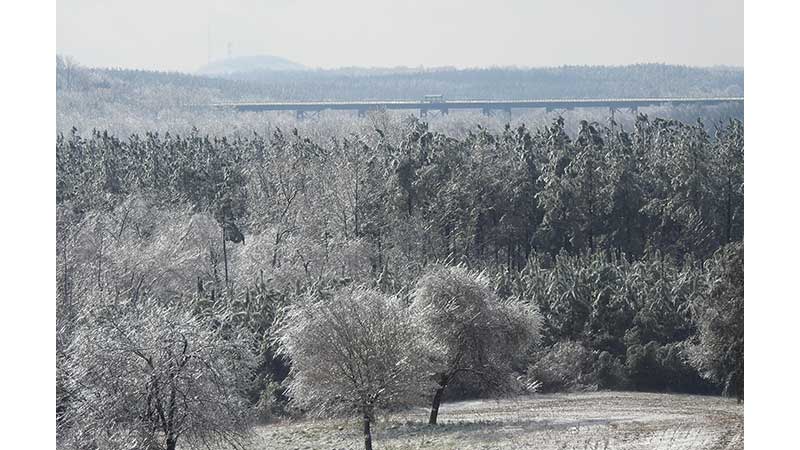 Will we get a white Christmas this year? For this region, the jury is still out on that. But one thing the National Weather Service (NWS) can promise is bone-chilling cold temperatures for the rest of this week. With that in mind, it’s time to take precautions before Old Man Winter arrives.

From now until Thursday night, lows are expected to drop into the 20s. But that’s practically balmy compared to what’s coming after. The National Weather Service in Blacksburg forecasts 16 degrees on Friday night. Then we hope you’re wrapped up tight when venturing out for services on Christmas Eve, as the temperature will fall to 13. For Christmas Day, the low will be 15 and the same goes for Monday night.

And while that cold weather causes problems by itself, that’s not the only thing we’re warning about. According to officials with the National Weather Service in Blacksburg, we can expect a mix of wet snow and sleet possibly in the early hours on Thursday. That’s the first concern, with the Virginia Department of Transportation (VDOT) asking people to drive carefully if they have to head out early to work.

VDOT officials say the Lynchburg division will have work crews out Wednesday night, ready to start scrapping any area where the snow or ice collects on the road. And then as temperatures rise during the morning, that sleet and snow will turn to freezing rain and will likely melt. But all that water on the roads will refreeze at night, giving the potential for black ice on Friday.

With the potential for more rain on Friday, NWS officials say we can expect similar conditions, with black ice also on the roads for Saturday.

According to NWS meteorologist Amanda Sava, the main concern is going to be the wind chill. As the cold front comes in on Friday, wind gusts will bring a severe wind chill to accompany the already low temperatures. It may say 14 on your thermometer, but with the wind chill, the outside on Friday or Saturday night could feel closer to 5 or 6 degrees.

“Unfortunately, there won’t be snow on Christmas, but if any falls on Friday there could still be some on the ground that day,” said Sava.

Throughout the week, the National Weather Service is keeping an eye on the incoming weather this weekend with more updates on what to expect closer to the holiday weekend.

With Christmas being on a Sunday, many people will be traveling toward the end of this week. As freezing temperatures and precipitation are expected this weekend, the National Weather Service has tips on how to stay safe while traveling for the holiday.

According to Sava, the number one thing to keep in mind is wearing layers while spending time outside. The suggestion is to wear two to three layers of clothing with an outer layer, like a windbreaker, to help with the wind chill. Waterproof shoes with thick soles are also encouraged to keep feet warm and dry.

“I know it’s hard, but try to avoid traveling on Friday,” said Sava.

With low temperatures, a wintery mix and high wind gusts, roads are expected to be extra slick on Friday. Sava also encourages leaving extra time to travel this weekend as there will be more drivers on the road.

If traveling for the holidays or staying home, make sure to bring pets inside.