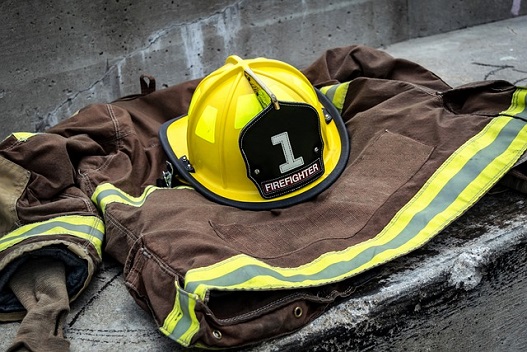 FARMVILLE – An accident at the Farmville Wastewater Treatment Plant brought firefighters out on Thursday night. The call went out after 6 p.m., involving a chlorine spill at the plant. It turned out to be a much smaller problem than previous incidents, as everything was back under control by 9 p.m.

Farmville Fire Chief Daniel Clark said it wasn’t a leak. Instead, when switching tanks, enough chlorine spilled out to set off the detectors.

After investigating, Clark said, there wasn’t enough spilled to cause any concern or contamination.

“There was no need for notifications or evacuations, fortunately,” Clark said. “We came prepared for the worst and luckily, it was good.”

The spill comes just under six months after the last incident at the treatment plant. On Tuesday, July 19, malfunctioning equipment caused a chlorine gas leak.

As for why precautions are needed when dealing with chlorine? The Centers for Disease Control lists chlorine as a “highly corrosive” chemical hazard for anyone exposed. Exposure may cause burning of the eyes, nose and throat, the CDC states, adding that cough as well as constriction and edema of the airway and lungs can occur.
Chlorine is a yellow-green, noncombustible gas with a pungent, irritating odor, according to the CDC. It is a strong oxidizing agent and can react explosively or form explosive compounds with many common substances. Chlorine is heavier than air and may collect in low-lying areas.

For all three school districts in our area, it’s about time for winter break. Cumberland County and Buckingham County schools start their break later today, while Prince Edward begins early next week. In Cumberland, classes dismiss at noon today for students. Buckingham students have to wait just a bit longer, with a 12:30 p.m. dismissal today.

Shifting gears to sports, it was a rough night for the Longwood women’s basketball team. After battling through a closely contested first half, the Demon Deacons went on a run after halftime and never looked back, picking up the 83-43 victory.

Longwood (1-8) played stout defense to begin the game, only allowing one field goal through the first six minutes of play. Anne-Hamilton LeRoy provided the first two buckets of the night for the Lancers, and Longwood held a lead six minutes into the frame. However, a late run and two Wake Forest (8-3) triples (including a four-point play by Jewel Spear) propelled the Demon Deacons to a 15-8 lead after the first quarter.

The two teams traded points to open the frame. Following this, the Deacons orchestrated a 7-point mini-run to extend their lead to 14. However, Longwood wouldn’t go away easily, as several trips to the line by Anne-Hamilton LeRoy and an Adriana Shipp-Davis three-pointer kept the Lancers within 12 at halftime.

Wake Forest opened the third on a fast note, switching to a tight press defense. They went on a 9-0 run before freshman Chardonnay Hartley added Longwood’s first basket, two minutes in. The Deacons would add 12 more points following this to extend their lead to 31. Wake Forest maintained a lead of 30+ for the remainder of the quarter, and the lead they built in the third proved to be too much for Longwood to overcome.

Why was the water cut off in Farmville?

A small portion of Farmville had their water cut off Thursday afternoon, in order to fix a leak. Farmville work crews identified a water leak in the East Osborn Road area, near Farmville Sporting Goods. That’s the old Ayers Building Supply, for those who have been here a bit longer. Workers turned off the water, found the leaking pipe and fixed it within less than two hours. By roughly 3:30 p.m., the leak had been fixed and water was back on.

It’s a big day for Pickren and the Tigers program overall. He becomes the first Hampden-Sydney player to make the All-American team since AP relaunched it in 2017. Pickren started all 10 games this season, collecting 123 tackles, two interceptions, three pass breakups, one forced fumble and one blocked PAT kick.