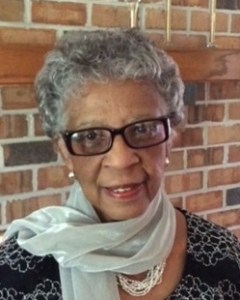 Our beloved mother and grandmother, Beatrice Elizabeth Kennedy slipped away into Eternal rest at Clifton House of Amelia, Tuesday morning Nov. 22. Beatrice was born in Buckingham County on July 31, 1938 the daughter of Leslie and Bessie Woolridge.

Beatrice left Virginia in 1956 and began her adult life in Newark, New Jersey. She was employed at various jobs until she found her dream job with the United States Customs, Fines and Penalties. Beatrice received several awards and accolades for her service during her 40 years tenure at USC.

Beatrice was married to Edward Palmer in 1958 and to this union one son was born. Beatrice married Hugh Kennedy in October 1996 after returning to Farmville to care for her mother.

Beatrice was a beautiful and gracious lady having learned from her beloved mother, Bessie Woolridge. She always offered love, comfort and support to others in need. So many fond memories of family were shared around preparation of special meals. During her retirement years she especially enjoyed traveling, bowling, dining out and shopping for that special deal. Beatrice was involved in several community projects with R.R. Moton Museum, Mt Moriah Church (Treasurer, Secretary, Sunday School) and volunteer work with Centra Medical Center.

Beatrice was preceded in death by her brother, Aubrey Woolridge (Roberta) and husbands, Edward Palmer and Hugh Kennedy.

Beatrice also had special caretakers Annie Vaughan, Loretta Bethea and Alfreda Gilliam. She will also be remembered by a host of nieces, nephews, first cousins crew, other family, members of Mt Moriah Church, as well as good neighbors.