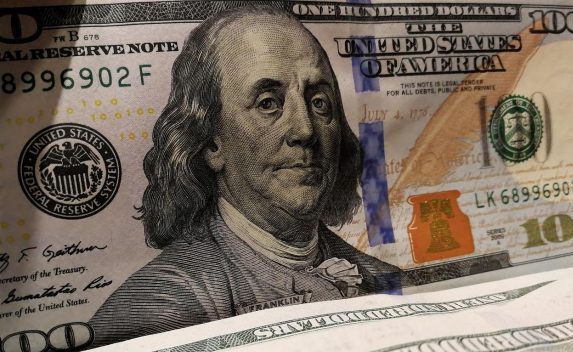 The prices were nowhere near what they expected to pay. When Prince Edward County residents started getting their personal property tax bills last week, it’s not an exaggeration to say they had a bit of sticker shock.

“How did the taxes on my car go up when the value’s been dropping for years?” asked Adam Randall. “I don’t see how that works, exactly.”

Other people weren’t as kind. The Herald received more than a dozen emails, with people extremely upset that their tax bills had jumped. Some went up $100, while others saw a bump closer to $900. The problem, however, isn’t one that is easily fixed on the local level.

How does my tax bill work?

A city or county doesn’t set the value of your vehicle. That’s what drives the bill you get. They have to use the values from a recognized pricing guide. Prince Edward County uses the National Auto Dealers Association (NADA). They take the vehicle’s VIN number, type it in and get the value NADA assigns.

Here’s the first point where cities and counties get a choice. They have to determine which value to go with. They can choose the retail value of a car, the trade-in value or the loan value. Retail value is the price if you want to go and purchase it off the lot. A trade-in value is the price you’d get if you try to trade the car in at a dealership. The loan value is what the bank would give if you tried to borrow against the car or truck. According to NADA, loan value is considered the lowest.

Cities and counties have the option to pick any of these three. Prince Edward County uses loan value. Some areas like Appomattox use trade-in value. Once they pick one of the three, the city or county applies their tax rate to that value, in order to determine how much a person owes. That means even if a city or county’s tax rate goes down, if that value climbs, the tax bill spikes as well. And the value of all used cars have gone up dramatically over the last year.

Why are used car prices climbing?

This year, prices for used vehicles have climbed, thanks to the continuing inventory shortage. Beginning in 2021, the number of new vehicles available dropped, due to COVID-19 and the global supply chain. According to NADA and Kelly Blue Book, auto manufacturers built 1.7 million fewer vehicles in 2021 compared to 2019. And that deficit hasn’t been fixed yet, thanks to one tiny issue.

Beyond shipping, the computer chips aren’t being built in the quantities needed. Ukraine produces 25% of the world’s supply of neon. That neon gas is used to make semiconductor chips. No gas means no chips. And no chips means fewer new cars.

As a result, the value of used vehicles keeps spiking. Kelly Blue Book’s data shows as of April, prices for used vehicles had spiked 28% higher than in 2021. As things slowly get back to normal, that’s changing.

For local residents, that means you can expect a bit of sticker shock on the assessed value of your vehicle at least a while longer.

“Pretty much every county has been struggling with this,” said Doug Stanley. He works as the administrator for Prince Edward County. “Everybody in different ways has made some tweaks, to try and help their residents.”

What does that mean? In Virginia, cities and counties follow what’s called the Personal Property Tax Relief Act. The state law orders that all localities have to subsidize at least a portion of the taxes owed on the first $20,000 of a vehicle’s assessed value. Each year, the city or county sets their PPTR rate to do this, reducing the final bill owed by a resident.

But again, that key is if the vehicle’s value remains the same. As everyone who’s received a tax bill can tell, that didn’t happen anywhere. So while Prince Edward adjusted the tax relief rate from 30.5% to 37.5%., to reduce what people owe, it still wasn’t enough to prevent tax increases.

“I think localities anticipate that values will normalize in the coming years,” Stanley said. “Once the volume and inventory increases, used car values will go back down. If it stays up next year, we’ll see what else can be done to help residents.”