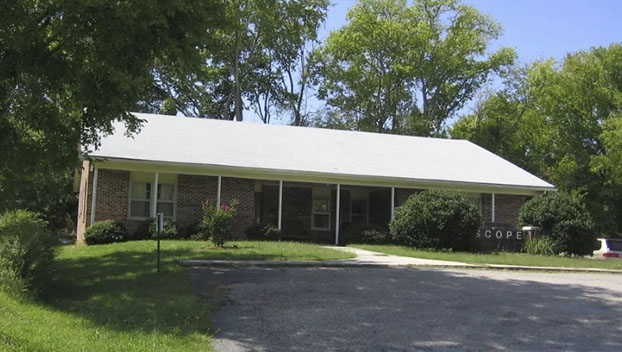 FARMVILLE – At the Prince Edward Board of Supervisors meeting on Oct. 11, the group accepted a bid for the sale of the SCOPE building to Kayton Properties LLC.  So what does the future hold for the property?

The SCOPE Building, located at 505 Griffin Blvd., was originally purchased by Prince Edward County in April 2010 for recreational opportunities for senior citizens. Since then, the building has been used for Meals on Wheels, Piedmont Senior Resources, church groups and individuals for various events. However, the building staff reported the building was being used between two to six times a month.

County Administrator Doug Stanely reported at the July 19 Board of Supervisors meeting that the building was facing significant rot in the crawlspace causing settling to the floor. This inspection suspended plans to rent out the facility. The Board felt that the best use of County funds was to sell the building to invest in a larger facility. After a public hearing, the board voted for the SCOPE Building to become a surplus property and be put up for sale.

According to Caryn Kayton, who operates Kayton Properties with the help of her sons, she originally didn’t bid on the building during the first go-around. She thought the property would go for a higher price. As a result, Kayton was hesitant, questioning if the renovations would cost more than they could profit. Others may have shared her concern as no one placed a bid. However, on the second go-around, she put in her bid.

“We have quite a few rental properties and it looked like a good investment in a good area,” said Kayton.

At the Oct. 11 Board of Supervisors meeting, the Board accepted her bid of $101,000.79 for the former SCOPE Building.

“It needs a lot of work, but that’s what we do,” said Kayton. “We buy them, improve them and then rent them out so this will fit right into what we do.”

The sale has not officially closed yet, as Kayton plans for this to take place by the end of this year or early in the new year at the latest.

Kayton said she originally hoped to turn the building into a duplex. Residential 1 (R1) zoning won’t let her do that, so she’s turning it into a single-family home.

“We’re always getting calls with people looking for a house,” said Kayton. “I know there are houses available for sale, but there’s always a need for more and this creates one more option.”