What do I need to vote on Election Day? 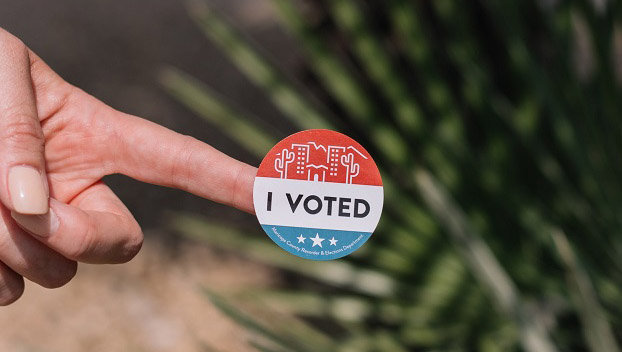 Election Day is next Tuesday and it can get confusing. We’re here to help answer your questions and make sure you have all the information needed on where to go and what to bring to ensure your vote counts.

Where do I go to vote?

First, let’s talk about the big issue: getting you to the correct polling place. You should have received a voter letter or card from your county in the mail, which lists your polling location. But if that didn’t happen, there are several ways to find the right location. Buckingham County Registrar Lindsey Taylor notes that an online Polling Place Lookup tool is available at elections.virginia.gov, and information about precinct locations is listed on all three county registrars’ websites.

Why are we starting off with this? Because redistricting took place last year and it can still be a bit confusing, about where to go. Taylor encouraged all voters to check their polling locations, because they might have changed.

To vote in any of our three counties, you’ll need to bring a couple things. First, you’ll need to provide your name and address. Second, you have to show an ID. Acceptable IDs include a driver’s license (current or expired), DMV-issued ID card, employee ID card with a photo, valid student ID, US Military ID or government-issued ID card. You can also use a recent utility bill, bank statement, government check, a tribal ID, valid U.S. passport or paycheck containing your name and address. You can view the full list of acceptable documents online at elections.virginia.gov.

Now if you get to the polling place and find you forgot your ID at home, that’s ok. Prince Edward County Registrar Lynette Wright said in those situations, a voter can also sign an ID confirmation form. That will allow them to cast a ballot. Elections officials will then go and verify that the person is who they say.

When do polling places open?

Here’s the big one. Polling locations across all of Virginia are open from 6 a.m. through 7 p.m. on Tuesday, Nov. 8. That includes all areas. The Virginia Department of Elections requires that each polling place remain open for that full timeframe, so you don’t have to worry about your place closing early before you get there.

Also, it’s important to note that as long as you are in line when the clock hits 7 p.m., the law requires poll workers to let you vote. We don’t mean pulling into the parking lot. If you are physically in line to vote at that time, you are legally entitled to a ballot.

What if I can’t make it in person?

The deadline to request a mail-in ballot has passed. But if you received one this fall, have you mailed it in yet? Ballots received by mail through Nov. 14, the Monday after the election, will still be counted, as long as they are postmarked by Election Day.

That means you have to put that ballot in the mail by next Tuesday in order for it to count. You also need one more signature besides your own, if you’re mailing it in.

“A witness signature is required on all mail in ballots,” Taylor said. “If a ballot is missing a witness signature or other required information, the voter will be contacted by their local elections office and asked to correct it. The ballot must be corrected by noon on Monday, November 14 in order to be counted.”

Who’s on the ballot?

So we’ve gone over how to vote. Now let’s talk about who’s on the ballot. First, we need to draw your attention to one specific race in Farmville. The race for the Ward A seat on the Farmville Town Council will be a write-in, as nobody filed before the deadline to get their name on the ballot. As Lynette Wright explains, this means Farmville voters will need to actually write the name of their chosen candidate on the space provided on the ballot. There will not be any names written for you to bubble in.

The announced candidates in that write-in race are John Hardy and Shaunna Hunter-McKinney. We include both below, but we wanted to remind everyone about the write-in part. The same goes for the District 1 seat on the Prince Edward County School Board. It is also a write-in race.

This article was put together by Quinn Arnone for The Farmville Herald.