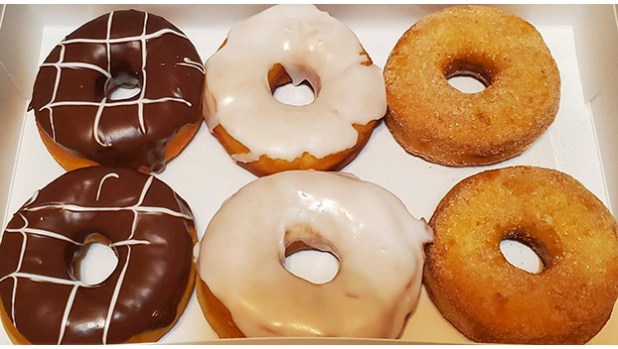 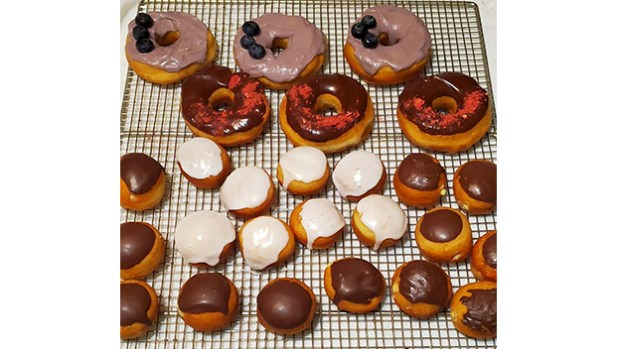 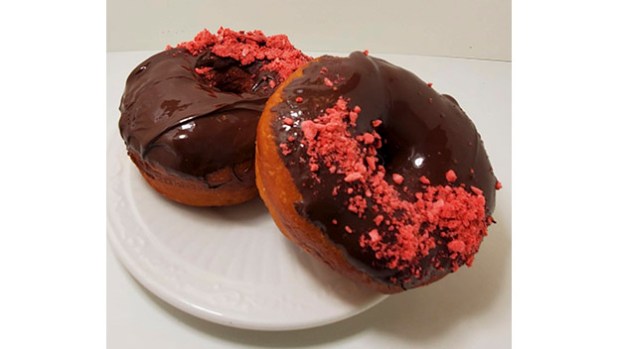 The “Christina Yang” is a donut named after one of the “Twisted Sisters” from Grey’s Anatomy that give the operation its name. This is a dark chocolate donut with a sprinkling of crushed red fruit. 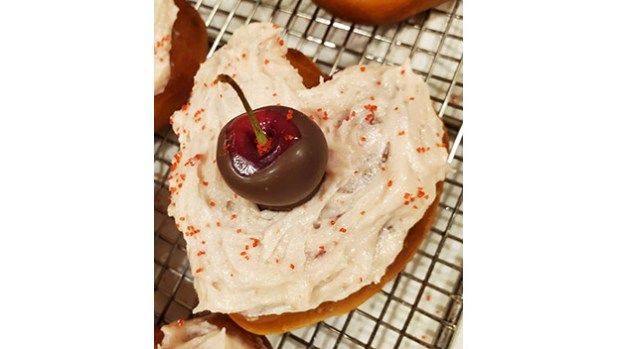 A chocolate cherry donut heart, fresh out of the oven. 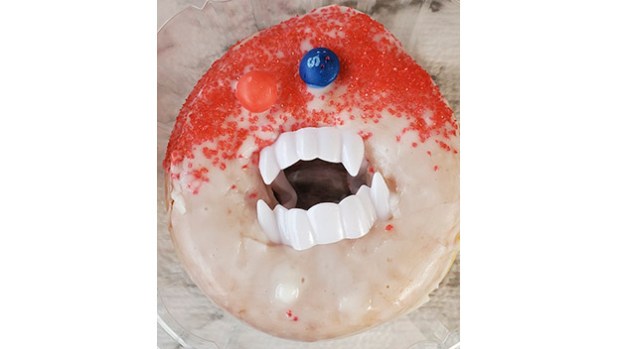 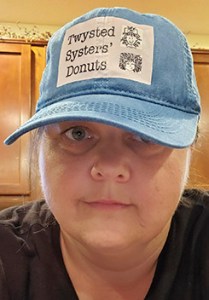 Rhoda Hostetler is the owner and baker behind Twysted Systers.

You may have seen her at the Farmville Farmers Market or over at the Pineville Bulk Food and Deli. Cross over to Charlotte County and you might have seen lines forming over at Long’s Farm Supply. Few things light up a child’s eyes the way donuts do. If you’ve ever tried one of Rhoda Hostetler’s selection at Twysted Systers, you probably understand why.

The Cumberland County resident has operated Twysted Systers since 2020, bringing some unique donut operations to the region. Hostetler said the business came about after she relocated to Virginia to be with her family during the pandemic.

As the world around her changed, Hostetler and her sister reflected on good times in their childhood. A key memory? Donuts.

“We were going to a small country school for kids, and one of the moms there would bring donuts one day every school year,” she said.

The donuts were a highlight for Hostetler and her sister. Many years later, they knew exactly what they wanted their business to be.

She explained that, at first, she and her sister were “making donuts and giving them away to see if people liked them. And it was kind of a hit.”

The two developed the name for their business out of their love for the tv show Grey’s Anatomy. In the show, doctors Meredith Grey and Christina Yang were called the Twisted Sisters, because of a friendship that survives a lot of hardship.

Hostetler said, like the two Twisted Sisters on the show, “the two of us are great friends, and we’re kind of crazy,” so they thought the name would suit their business perfectly. They wanted to keep their business fun and creative and their donuts certainly reflect that.

Since those early days, Hostetler’s sister decided to step away from the business, but it’s been full steam ahead for Rhoda. She frequently bakes for events across Virginia, serving communities in Farmville, Brookneal, Red House, Bedford and Appomattox. She is available for catering too and often provides sweet treats for birthdays, weddings and other events.

While Hostetler’s donut recipe originated from the country school, she has continued to improve her craft over the years. At first, she started with making classic glazed donuts, cinnamon sugar and chocolate dipped, which have remained popular.

Since then, Twysted Systers decided to mix up the offerings with unique seasonal options, which Hostetler rotates about once a month. She’s done flavors like blueberry, salted caramel bourbon and lemon poppy seed. The bestseller, though? Boston cream filled. She explained that she “can’t make enough of those” for how popular they are.

Hostetler thinks these special donuts are set apart because they are small, mini-filled donuts, which makes them the perfect treat at any event. They’ve become her trademark.

Making donuts can be hard work, filled with long days of baking and tabling, but Hostetler wouldn’t have it any other way. She said, “You know, this kind of surprised me, but the thing that inspires me to keep going is the fact that making donuts brings people a lot of joy.”

‘The best donuts in the world’

Hostetler explained that kids will come up to her awe-struck at the fried goodness, “Just today,” she said, a child came up to her and said, “These are the best donuts in the world.” She described that as one of the best feelings ever.

Hostetler currently travels around the community and bakes out of her own kitchen, but she has big plans on the horizon. She’s working on a food truck now, so that she can be more mobile and make donuts all across Virginia. Renovating the truck is a slow process, but it paves the way for a bright future. By next summer, Hostetler hopes to be making good use of it and bringing her donuts to new places.

For now, you can keep up with Twysted Systers Donuts on Facebook, where Hostetler posts her upcoming events and new flavors. She’s excited to start offering a pumpkin spice donut to ring in the fall season.

If you’re interested in hosting Twysted Systers’ Donuts at your next event or ordering catering for a celebration, reach out to Hostetler on Facebook or by calling (917) 741-6532.