‘This is my favorite part’: The Christmas season lights up in Farmville 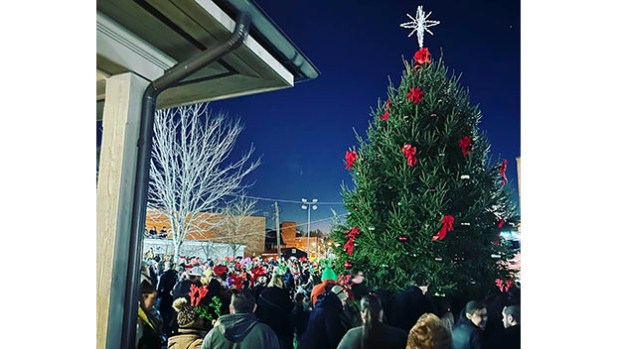 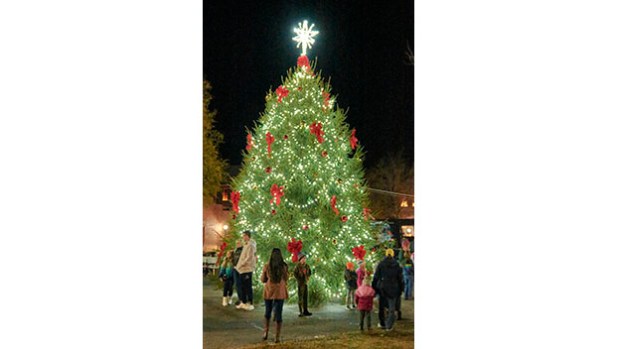 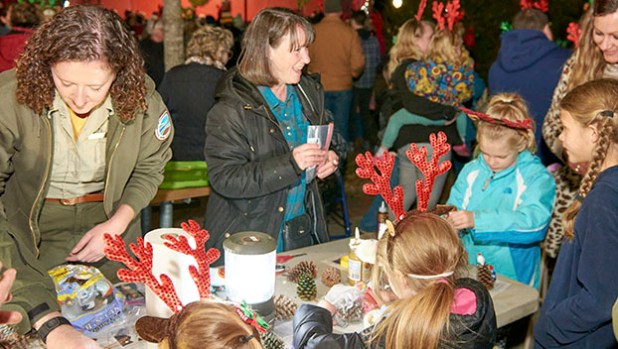 Volunteers from Virginia State Parks provide arts and crafts for children at the Farmville tree lighting. 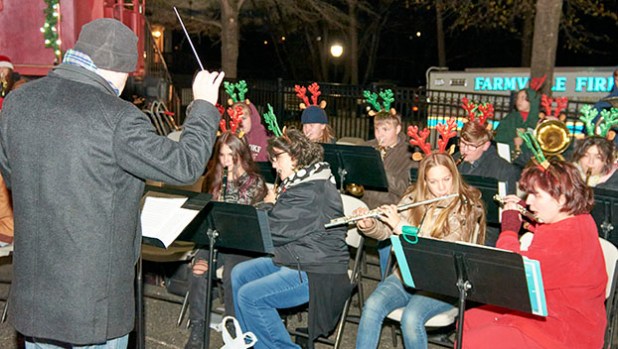 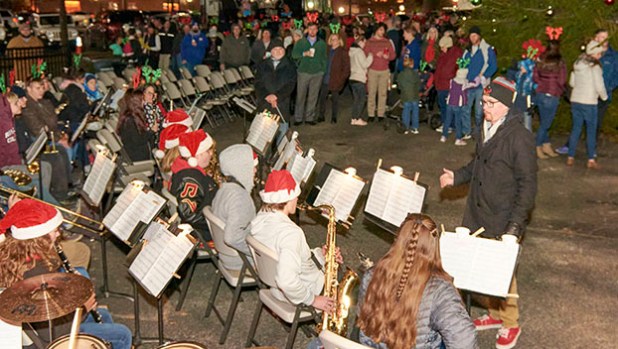 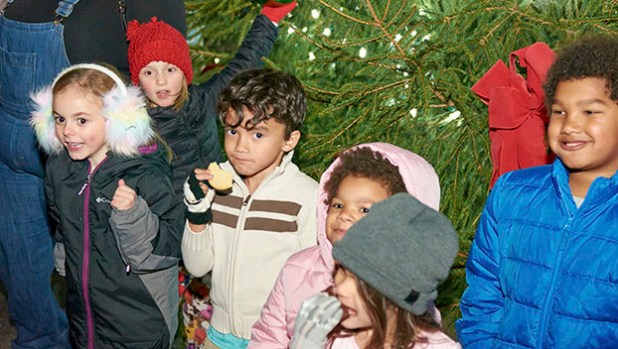 FARMVILLE – “This is my favorite part about being in Farmville,” said Erica Darby. The recent Longwood University graduate stood in Main Street Plaza with her friends and more than 100 other residents on Friday, Nov. 18. “We don’t have anything like this where I’m from.”

People started piling into Main Street Plaza around 5:30 p.m. Children sang along with the Cumberland County High band, they tackled some crafts organized by Virginia State Parks and picked up a book of their own to read later, courtesy of Virginia Children’s Book Festival.

But then, as the sun set, it was time for the main event. It’s still somewhat of a new tradition in Farmville. Music plays, a switch is flipped and the lights on the town Christmas tree sparkle. This year’s celebration marked the eighth year the practice has been happening in town and it’s changed slightly every time.

Originally, the town used a synthetic tree, one donated by Longwood University that had previously been in the Rotunda. But starting in 2020, the Town of Farmville went shopping for one of their own.

This year’s tree, named Sadie the Spruce by a poll of local residents, had a bit of a journey to get in its current position. The Norway Spruce was delivered from Pennsylvania on a tractor trailer, with town workers having to use bucket trucks to set the tree in its foundation. Then, to make sure it doesn’t go anywhere, the tree was welded in by town workers. The three also has some guide wires, to help it stay secure.

“This starts the whole Christmas season for me,” said Amy Gillie. The Cumberland County resident says she started coming to the Farmville tree lighting right before the pandemic. “After that, it was just a good excuse to get out of the house and enjoy the season. I’ll be back for the parade.”

Now some people focused on the star on top of the tree, but there are plenty of other decorations. Town officials estimate it took six or seven Farmville employees at different times to install and decorate the tree, which includes an estimated 250 ornaments.

You can visit the tree in Main Street Plaza through the end of December. And if you want to see more Christmas events, the annual Farmville Christmas parade is set for Sunday, Dec. 4. That’ll begin at 2 p.m. and run through the downtown area, with a theme of “A Valentine’s Day Christmas: Hearts and Love”.