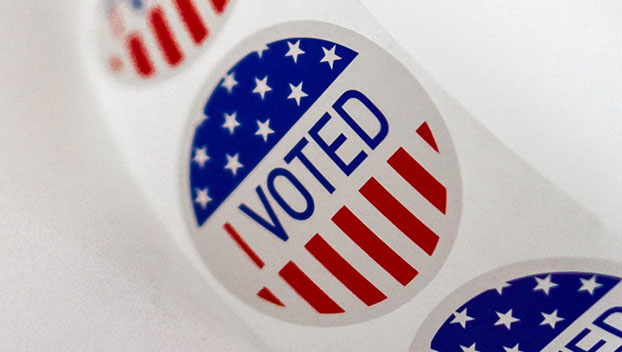 FARMVILLE – On Monday, Oct. 31, the Virginia Department of Elections announced that 149,000 voter registration transactions hadn’t been properly processed this year. While Buckingham, Cumberland and Prince Edward counties all had some, it wasn’t a large number in any part of our coverage area.

Out of those, 80 were in Buckingham County, according to Buckingham Registrar Lindsey Taylor.

“We did not have a large number,” Taylor said. “Those are very easy to process.”

A voter registration transaction is when a resident changes things like their address, registers in a new county for the first time or requests any other adjustment to their record. This is done through visits to the Department of Motor Vehicles. As your driver’s license and other information are updated there, the data is supposed to be sent to registrars in local cities and counties for processing. Due to a computer error in the statewide voter registration system, that didn’t happen for these 149,000 people.

That’s in the process of being corrected, both state and local officials say. As soon as the mistake was discovered, officials with the Department of Elections notified registrars and sent the information over. In Buckingham, Taylor said most of theirs turned out to be duplicates.

“If you go in and change your phone number or something like that, it creates another entry in the system,” Taylor said. “But those were easy to fix.”

“We knocked those out yesterday,” Wright said on Wednesday morning. “It wasn’t even a problem.”

Cumberland County Registrar Marlene Watson reported 120 flagged transactions in her area, but likewise said they had all been fixed.

Is there a voter registration problem?

Department of Elections officials say the problem was flagged after several residents came in to vote early, but their information wasn’t updated. In each case, the voter’s information was just updated on site by the registrar and then the resident went to cast their ballot. According to state and local officials, there were no reported problems like this in our region.

“With information from local officials, ELECT’s IT professionals were able to scour the election system data to identify the additional transactions for processing,”said Virginia Elections Commissioner Susan Beals in a statement. “I’m pleased that all affected voters are able to vote and that anyone with questions or concerns can reach out to us directly so that we may assist them as we near Election Day.”

Beals went on to say her staff has reached out and offered help to any registrar who needs additional support to get all of the changes processed before Election Day.

This will be one of the last elections done using the state’s current system, which was first put in place in 2007. A new voter registration system will be built over the next few months. Then the department plans to work with local registrars to help implement it over the next two years.

If you need to register to vote or update your information, there’s still time. If you look on the state election website or go to the registrar’s page for any of our counties, the deadline to register to vote is Oct. 17. But starting this year, there’s a second option, but one that makes things slightly more complicated.

Same day voter registration is now allowed across the Commonwealth. That means, if you missed the traditional deadline, which this year was Monday, Oct. 17, you can still go to the registrar’s office or even register at your polling place on Election Day.

“Yes, beginning with the 2022 General Election, the General Assembly approved legislation that provides the ability to register at any time, up to and including Election Day,” Beals said. Her staff also directed The Herald staff to the same language on the Elections website.

That change went into effect due to a law that was passed in the 2020 session of the General Assembly. To give cities and counties time to adjust, the Assembly pushed back the plan for a two-year period, writing in the final version that it would take effect Oct. 1, 2022. And the wording on the law, HB 201, is pretty clear.

To be clear, all of the affected people in our area will be able to vote on Election Day. Also, any of the affected people who voted early, their vote will also count. And if your information still doesn’t show up at your polling place, that’s being addressed too. If a new voter comes in either during early voting or at the polls on Election Day and their information doesn’t show up in the pollbooks, they can register at that point and cast a provisional ballot.

Speaking of early voting, that continues through this weekend. In Buckingham County, you can vote early in the basement of the registrar’s office. That’s located at 13360 W. James Anderson Highway. Voting runs through Friday, Nov. 4, from 8:30 a.m. to 4:30 p.m. Then on Saturday, Nov. 5, it’ll take place from 8:30 a.m. until 5 p.m.