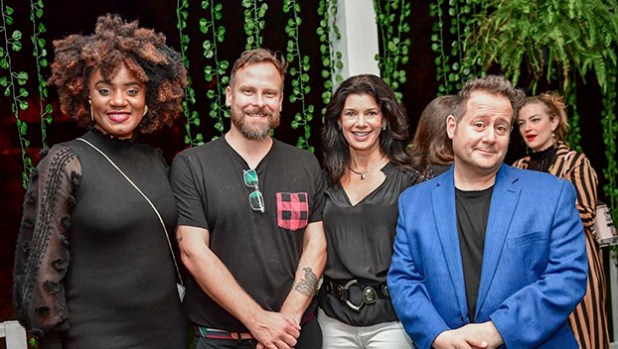 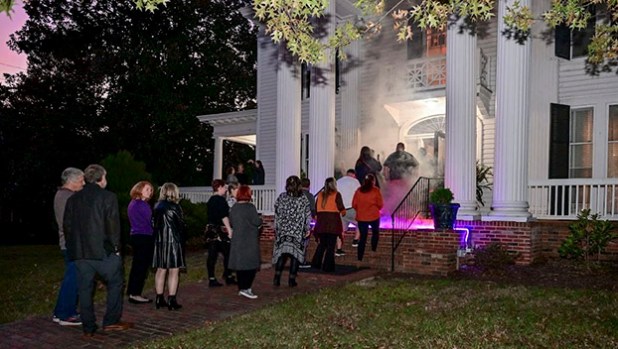 Residents walked into the Shadow House willingly, but in order to get back out, they had to solve riddles and answer puzzles. 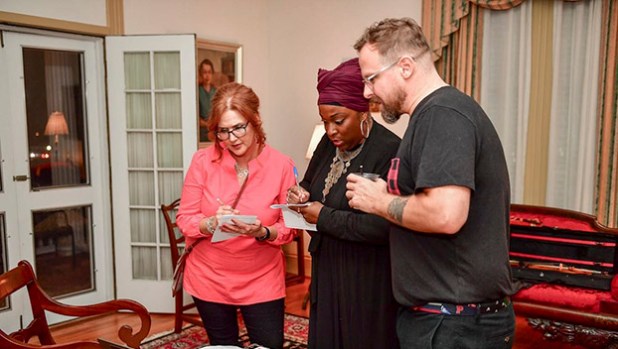 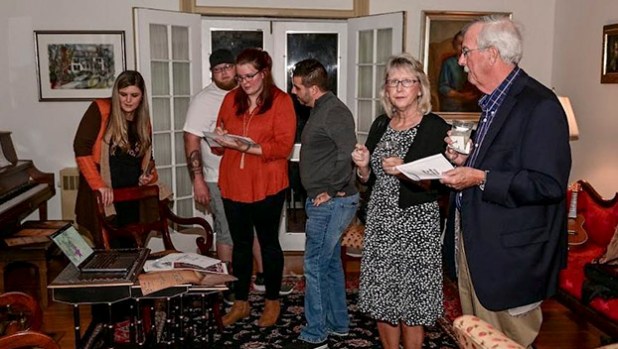 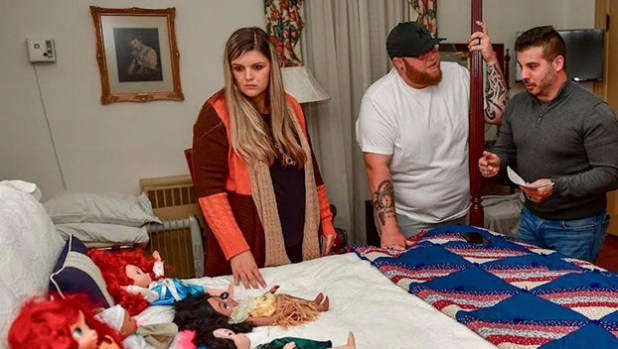 Two New York Times bestselling authors paid a visit to Farmville as October wrapped up, taking part in an escape room type fundraiser based on their books. Residents worked to solve a series of riddles, while at the same time raising money to support the Virginia Children’s Book Festival (VCBF) and the Longwood Center for the Visual Arts (LCVA).

“Having Shadow House author Dan Poblocki and puzzle master Russell Ginns with us made it an incredibly unique experience,” said VCBF executive director Juanita Giles. “And I am so glad LCVA director Rachel Ivers was in charge of the creepy factor. She knows I can’t handle that! It was truly an incredible event and one we hope launches many new initiatives between the LCVA and the VCBF.”

Longwood Alumni House (also known as the Longwood Bed and Breakfast) was transformed into a sinister dwelling for the event. The design was inspired by Dan Poblocki’s Larkspur House, the lead character in his chilling Shadow House book series for middle grade readers. Attendees gained entry to the gathering by providing the correct answer to a riddle, and then learned more about their fate from the author himself, who along with Russell Ginns served as game masters for the evening.

Poblocki is the author of many chilling novels for young people, including the Shadow House series, Tales to Keep You Up at Night, Liars’ Room, Ghost Hunter’s Daughter, The Ghost of Graylock, The Haunting of Gabriel Ashe, The Book of Bad Things, and The Nightmarys.

Meanwhile, Russell Ginns is a writer and game designer who specializes in puzzles, songs, and smart fun. He has worked on projects for a wide variety of organizations, corporations, and publications, including Sesame Workshop, Girl Scouts of America, Nintendo, and Scientific American. He is the author of the Samantha Spinner series.

“This was an incredible opportunity to enjoy an escape room created by two of the best,” Ivers said. “We had so much fun putting this on and look forward to hosting the next one.”