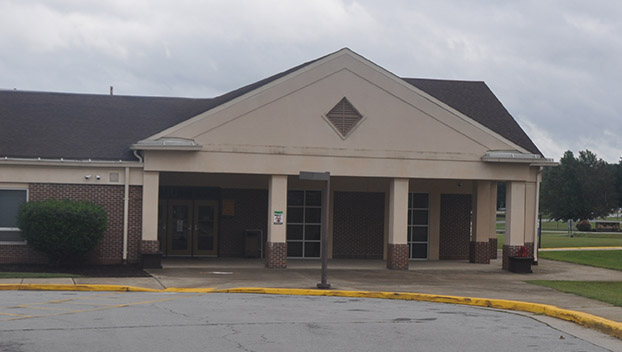 FARMVILLE – No one claims that Prince Edward County Elementary doesn’t need help. The Herald has detailed the leaks, the traffic issues and other problems that only renovation or replacement will fix. County and school officials alike want to move forward, but there’s just one problem. How will those repairs be paid for? County supervisors want to revive a proposal at the state level, while the district is moving forward with designs.

The idea of increasing Prince Edward’s sales tax by 1% was raised at the Board of Supervisors meeting this month, but it’s not a new conversation. Previous county administrator Wade Bartlett floated the idea in 2019. Last year, supervisors also expressed interest in moving forward, with a bill getting filed in the General Assembly to make it happen. That bill failed, so now the county is trying a different approach to get it through.

Specifically, what they want is to be added to a very exclusive list. In Virginia, a city or county has to get permission from the General Assembly to increase sales tax. First the Assembly has to pass a bill, then local residents have to vote on it in the next election. After this month’s elections, eight counties and one city have the authority to increase sales tax to fund school repairs. They include Charlotte County, Gloucester County, Halifax County, Henry County, Mecklenburg County, Northampton County, Patrick County, Pittsylvania County and the City of Danville.

And to get that approval, Prince Edward County will be hiring a lobbyist.

Lobbying for a sales tax hike

At their Thursday, Nov. 10 meeting, supervisors authorized county staff to pay Commonwealth Strategy Group $5,000 a month for four months. The idea is to draw attention to the request, to get more Assembly members in support. According to county staff, a sales tax increase could bring in significant revenue.

“Last year, we estimated (a 1% sales tax) would generate somewhere between $3 million to $3.5 million a year,” Prince Edward County Administrator Doug Stanley said. “That would provide enough revenue to support significant improvement projects, such as the elementary school.”

Those estimates are based on tax revenue from the last five years, Stanley said. Now such a sales tax hike would only be allowed for up to 20 to 30 years, until the debt is paid off for the school construction.

What happened to the last bill?

Del. James Edmunds, who represents Prince Edward County at the Assembly, filed last year’s bill, HB 63, that failed to get traction. He’s willing to do it again, but first, supervisors argue, they need to build more support. Hence the plan to hire a firm to lobby.

“I think it’s a wise investment,” Stanley said. “Even if we’re not successful, keeping the idea in the forefront is important.”

And the need is clear. As we reported over the last month, there are still roof leaks at Prince Edward Elementary. Also, the school board wants options on how to address the afternoon traffic problem, as more and more parents are picking up their children, rather than having them ride the bus.

As county leaders look to figure out how to pay for renovations, school district staff and the Prince Edward County School Board are trying to determine what the new school would look like. After all, it’s hard to know how much you need to pay for renovations if you don’t have a full price tag on the cost.

Over the last month, five architectural firms presented to design the project. Out of the five, district staff narrowed it down to two and finally to Moseley Architects.

“We chose Moseley because of their experience,” said Superintendent Dr. Barbara Johnson. “They were already familiar with Prince Edward County because they had done the initial work for (this project’s) community presentation last year.”

Now they’re moving into Phase One. That means Moseley representatives will have several meetings with school personnel, as well as the community. They’ll take that information back and create a design from it.

That portion of the project’s cost is coming out of the school budget, and Johnson said they already have the money set aside for it. She cautioned however that even if the state does approve a sales tax increase, this project wouldn’t be finished quickly.

“This is a process,” Johnson said. “I need everyone to understand it’s going to take two or three years to get this built, but we are committed to doing it.”