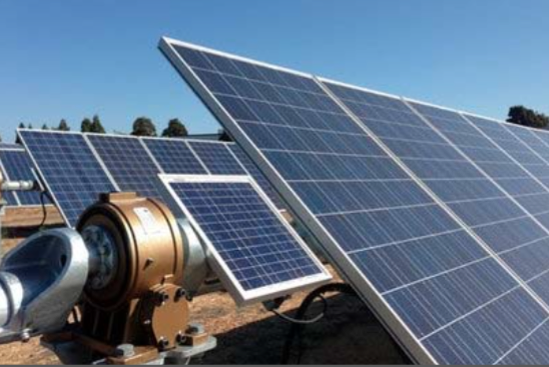 The Cumberland County Board of Supervisors will have another solar project to consider at their November meeting. By a unanimous vote, the Cumberland Planning Commission approved the request by Sun Tribe LLC for a conditional use permit. Now it goes to the county board for a final vote. The proposed Cumberland solar farm is located south of the Colonial Gas Pipeline storage facility, right along Sports Lake Road.

Under the current plan, 2,340 acres would be leased, with 1,750 or fewer being used for the solar facility. The footprint would stretch north and northwest of the Cumberland Forest, remaining entirely in the Cartersville District of Cumberland.

But who benefits and is it enough? That’s what several residents asked, as they spoke during the public hearing on Oct. 17. Multiple people asked the same questions, wanting to know how this would affect their own property values.

“Is my land value going to go down or going to go up with this project? Where this is being placed, I’m bordered on two sides,” said John Jeffries. “I don’t want my land values to go down. You discuss about the amount of money that Cumberland County will be making, that’s fine, but it’s not doing anything for me.”

That money he referenced would come to the county in two ways, under the current proposal. First, since the county declined to enter into a siting agreement, Sun Tribe would be required to pay a revenue share over the life of the Cumberland solar farm. That includes taxes on real and personal property, as well as rollover taxes, totaling between $15 to $18 million over 40 years.

Sun Tribe also promised to bring jobs in during the engineering and construction phases of the project. That includes hiring local surveyors and electricians, bringing in people to clear timber, install fencing, while adding equipment operators.

Residents who spoke questioned if the money received would be worth the damage done.

“You raised the notion that this would be of economic value to the county,” said Charles Lewis. He and his family own more than 100 acres adjacent to the proposed site. “But $15 million over 40 years, with no economy in this county is not a whole lot of money to be destroying 1,700 acres.”

Lewis also questioned if the roads around Sports Lake Road, where construction would be taking place, can handle be haulers moving around at the same time as schools let out.

“We have a lot of unknowns,” Lewis said. “I would hate to see construction vehicles try to pass a school bus.”

According to the Planning Department’s research, this would generate revenue for Cumberland. Right now, parcels included in this project contribute just under $23,000 annually to Cumberland County in the form of real property taxes. The entire area being considered to be optioned would provide $1.1 million in taxes over the next 40 years, the Planning Department report states, compared to the $15-$18 million expected from Sun Tribe.

“After construction of the solar project, we anticipate County revenue from real estate tax to increase due to higher valuation of the project parcels,” the Planning Department’s report states. “As well as rollback tax penalties, due when the parcel is removed from its current land use designation.”

Also, the Planning report points out, “unlike other types of development, it will not have any significant draw on public resources such as schools, emergency services, water, wastewater, or roadways after construction. Because of this, the benefits of the additional tax revenue are amplified by the lack of additional public costs necessary to support them.”

Tony Deyerle, lead project designer for Charlottesville-based Sun Tribe, argued that more companies could move in as a result of the solar farm.

The agreement would also set aside an estimated 600 acres for wildlife corridors and setbacks. Deyerle said his company is also willing to put up fencing, as multiple neighbors complained during the public hearing that they don’t want to see solar panels when they look outside every day.

Planning Board members unanimously approved the request for a conditional use permit. Since the property is zoned A2 agricultural, solar farms are allowed with a permit. Now it goes before the Cumberland Board of Supervisors for a vote. That meeting will be held on Tuesday, Nov. 15, beginning at 6 p.m.