On The Rise: Longwood men’s basketball prepares to take on Big South 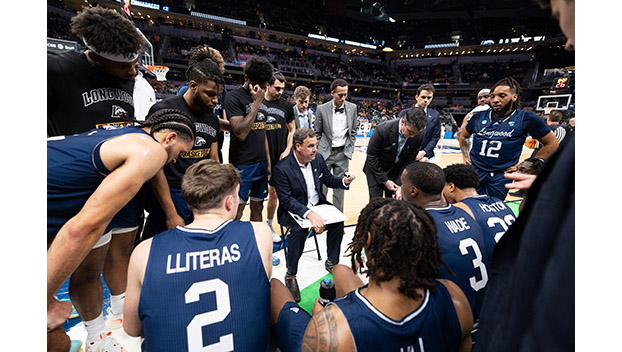 FARMVILLE – #OnTheRise is more than a simple hashtag that Longwood men’s basketball has used on social media for the past four seasons.

It does describe the meteoric rise of the Longwood men’s basketball program up the Big South standings, but it has a deeper meaning. In reality, it describes the goal of building a championship-level program year-in and year-out. It describes the process necessary to achieve sustained excellence. It describes the constant growth and growth mindset that fifth-year head coach Griff Aldrich and his staff constantly preach during his time in Farmville.

The long-term outlook has paid major dividends. The Lancers were the preseason pick to win the Big South this year after the 2021-22 squad took the Big South by storm. Those Lancers etched their names into the record books as one of the best Longwood teams ever to take the court, regardless of level or classification.

A look back for Longwood

The Lancers won the Big South Championship thanks to a whirlwind three-day run at the Big South Tournament after claiming the regular season title. The trip to the NCAA Tournament and the taste of March Madness at the Division I level was a program first.

The success extended off the court as well. This fall, the team moved into the fully donor-funded Basketball Performance Center, yet another milestone in Longwood’s rise to be a nationally relevant mid-major program. In addition, the Joan Perry Brock Center is set to open in the summer of 2023, and Willett Hall, the team’s current home court, will become a practice facility. The growth has been years in the making and is all part of the plan.

“The opportunity to build on what we’ve been trying to build on is exciting,” said Aldrich. “Last year was a reflection of a lot of hard work over the years by a lot of different people and players who’ve come through the program. I think at the core of the foundation of our success was a good culture of toughness, work ethic and unselfishness. The exciting thing each year is putting the pieces together and trying to do it again, or trying to establish that culture and those values that you want.”

The foundation remains the same

Those values start with 11 players who return from a season ago. Isaiah Wilkins and DeShaun Wade were selected to the Big South Preseason All-Conference Teams.

The duo are the top returning scorers for the Lancers. Wilkins averaged 12.7 points per game a season ago on the way to earning both Big South Tournament MVP and All-Big South First Team honors. Wade added 11.8 points per game as one of the top sharpshooters in program history. His .448 (74-165) shooting percentage from three ranked fourth all-time, and he was a Big South All-Tournament Team selection in addition to earning All-Big South Honorable Mention honors.

“The nice thing with this particular returning group is we have a lot of returning pieces who have heard the message, have seen it in practice,” Aldrich said. “I think we have a lot of different weapons, and I’m excited to try to figure out how best to utilize those. We have very good depth again and when healthy, we have 10 or 11 guys that you can throw out there and not have a big drop off. That provides versatility that is unique.”

The foundation is still the same: toughness, grit, togetherness, work ethic, unselfishness. The team-focused basketball allowed the Lancers to build an identity last year as an offensive and defensive juggernaut. The Longwood men’s basketball team had the top offense (75.8 points per game) and the third best defense (65.7 points allowed per game) in the Big South a season ago. 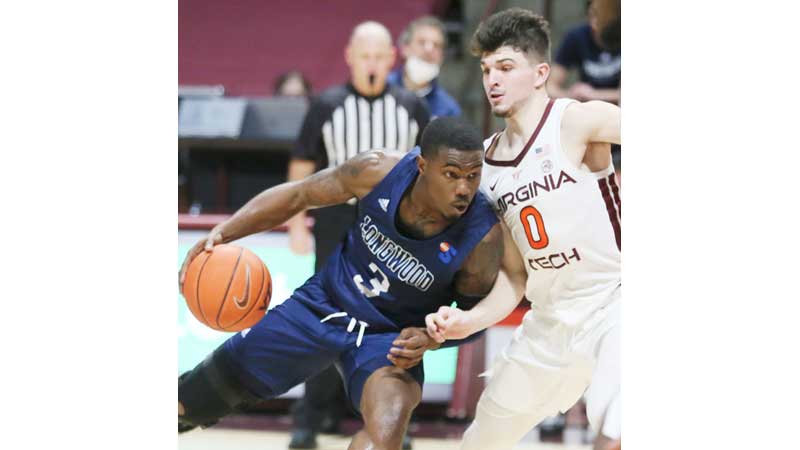 A deep group of Longwood guards

The guards boast a deep stable of returners in addition to Wade and Wilkins. DA Houston and Jesper Granlund both played important roles last season, and Jaylani Darden stepped into important minutes as a freshman last year.

“Between DeShaun Wade, DA Houston and Jaylani Darden, and even Isaiah Wilkins and Jesper Granlund, you’ve got a lot of veteran experience,” Aldrich said. “DA and DeShaun and Isaiah and Jesper, they’ve played a lot of minutes in a Lancer uniform. There is a great familiarity with what we’re trying to do. Jaylani was in more of a reserve role last year and has an opportunity to have an increased role this year. He is a talented player.”

At point guard, the loss of Justin Hill and Jordan Perkins from last season’s team has left the most question marks. Houston and players like transfer Walyn Napper are stepping into a role that Aldrich says is a critical position for the team.

“The point guard position is an area where I think we have a lot of talent but a lot of inexperience doing things the Longwood way,” Aldrich said. “You’re the quarterback. Not only do you have to run the plays, but you also have to make sure that everything is going the right way and that’s a challenge. You’re trying to learn the system but you’re also trying to put on the mindset of the head coach, and that’s not always the easiest thing to do.”

Playing in the paint

At the forward spot, Michael Christmas, Nate Lliteras, Leslie Nkereuwem, Zac Watson and Trey Hicks are part of a deep group that can also include Wilkins and Granlund. All of those guys have been in the program, although Christmas was unable to play last season due to injury.

“Michael and Nate, I think both have the ability to be excellent offensive threats,” Aldrich said. “Nate has the ability to put up points quickly with his outside shooting. He’s really improved his perimeter game this year both offensively and defensively. Michael is a bigger player than what the Big South is accustomed to, and he has the ability to create a lot of matchup problems for our opponents.

“Leslie and Zac are going to be a two-headed monster at the forward spot. They are as good as any group in the Big South. I think they get less credit than they deserve for how impactful they are. What they do doesn’t oftentimes show up in the stat sheet, but they are probably two of the better forwards in the league. I’m looking for big years from both of them.”

The big goal throughout the offseason has been to grow and build the identity of the 2022-23 team. While there are similarities and plenty of similar names and faces, the nuanced details and the process are still unique each and every year.

“Each team has its own path that it has to take,” Aldrich said. “And while the pieces may be familiar, how they get put together, it’s different. It’s not just a replication of last year. The process is different for each team.”

The Lancers will find out where they stand in that process once they take the court this week. They started that journey on Monday’s opening night, which you can read about here. Longwood travels to George Mason on Friday, Nov. 11 before coming home to host Pfeiffer on Sunday, Nov. 13. Against Pfeiffer, the team will unveil its Big South Championship and NCAA Tournament banners.

“I am excited to see the growth of this team throughout the course of the year,” Aldrich said. “I think we have a committed group. The journey will be what the journey will be, and we will continue to focus on who we are as a program and our identity of coming in to try to be the hardest working, most connected, toughest team we can be.”