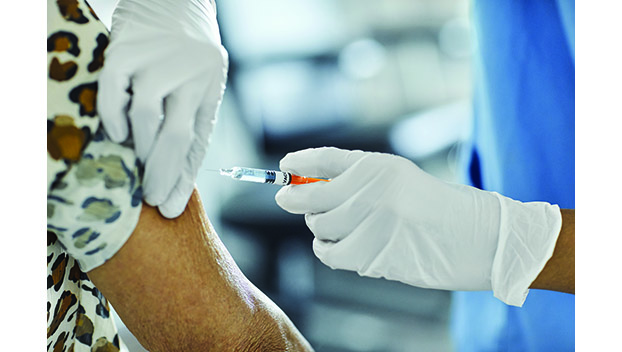 The county gave Centra the building after it closed, with the medical company promising to invest $750,000 to get it up and running again. Medical facilities are desperately needed. Out of Virginia’s 133 counties, Buckingham ranked 124th in health factors, according to the latest Community Health Assessments.

“They’re estimating to have a nurse practitioner for the initial startup,” Carter said. “Then they’ll have a doctor that starts in 2024.”

Parents want fenced-in play areas at Prince Edward County schools. They also want metal detectors, locks on bathroom stalls and panic buttons for all teachers and staff. Those were some of the 20 responses the school district received from a survey given out in September. We covered that story in October, when the data came back in and the county school board gave some suggestions of their own.

At the time, board members asked the Prince Edward school district staff to go get prices for all of the requested projects, so they could decide which ones to fund. The board was supposed to receive the prices and discuss during their Wednesday, Nov. 9 meeting. That didn’t happen.

“We can’t get costs quickly on some things,” said Superintendent Dr. Barbara Johnson. “We are still trying to get prices of things like touchless sinks. The costs aren’t coming in as quickly as we would like.”

Downtown Partnership has a new home

The Farmville Downtown Partnership will soon be setting up shop in a new office. By a unanimous vote during their Wednesday, Nov. 9 meeting, the Farmville Town Council approved a request to let the Partnership move into the Caboose

We now have a date for this year’s Cumberland County Christmas Parade. The event takes place on the second Sunday in December. That’s Dec. 12, beginning at 2 p.m. in the area around the courthouse. The theme of this year’s event is “Christmas Traditions in Cumberland County”. Officials say the parade route and lineup will remain the same as in previous years, with churches, school organizations, community groups and others taking part. If you want to join in, there’s still time.

In addition to the Buckingham medical building, some more construction will soon begin in the area. Early in 2023, Buckingham County residents should see ground broken and work starting at the hotel project on Wingo Road. Buckingham County Administrator Karl Carter gave an update during the Tuesday, Nov. 15 meeting of the board of supervisors.

Buckingham County gave NHN Inc. 3.5 acres to build a 55-room Sleep Inn Hotel in Dillwyn. This is near the Dillwyn Waste Site on Wingo Road. Carter said that NHN has closed on their financing and expects to break ground on the project within the next 90 days. County staff estimate the full construction period will take between 12 to 18 months, a slightly longer timeframe than the Buckingham medical building.

Let’s talk about a toy drive

Finally today, we turn our attention to a local toy drive. The Eggleston Foundation and Prince Edward Elk’s Lodge #269 announced this week that they’ll be coordinating on the project. Toys can be dropped off Monday – Friday between 10 a.m. – 6 p.m., at Oliver & Eggleston Funeral Establishment, 914 S. Main St., Farmville. The two groups will then give them out on Christmas Eve. For any questions, contact (434) 392-7000 or (434) 645-9292.