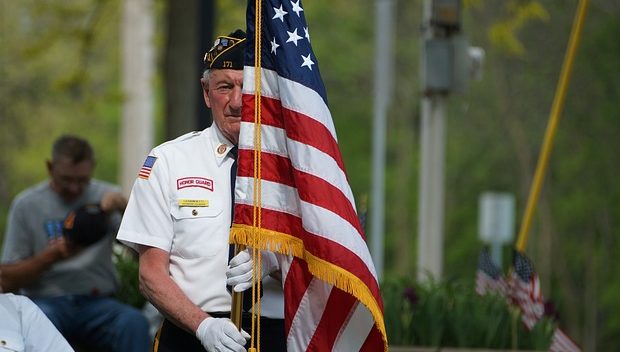 Storms in the forecast are causing a change in plans for a local Veteran’s Day service. Fuqua School announced this week that due to the weather, the tribute service will relocate at Gilmer Gym. That’s on the Fuqua School campus at 605 Fuqua Drive in Farmville. While the location will change, nothing will shift about the service itself.

“Our Veterans Day program was established years ago as a way to honor veterans for their service and to give our students an appreciation and understanding of what the members of our military have done for our country and the sacrifices that they have made,” said Fuqua Head of School Chance Reynolds.

The service starts at 11 a.m. on Friday. This is to pay tribute to the end of World War I. Fighting stopped in the war at 11 a.m. on Nov. 11, 1918. It was the 11th hour of the 11th day of the 11th month. Nov. 11 originally became known as Armistice Day, as a way of paying tribute to soldiers who died in the “War to End All Wars”. But after World War II, Congress decided a day was needed to honor veterans from all of America’s conflicts, regardless of when and where they happened.

Details about the Fuqua School service

During Friday’s service, Fuqua bands will perform patriotic music, the Honor Guard will display the colors, and local veterans will be welcomed and introduced by the military branch served. Keith Dickson, a member of Fuqua’s graduating class of 1972, will speak at the service. Dickson is a professor emeritus for National Defense University, as well as a retired colonel in the U.S. Army Special Forces.

“We are honored to salute our military veterans,” added Tyler Gage, Director of Bands. “We hope area veterans and community members will join us on Nov. 11 as Fuqua School thanks our veterans for their service to our country.”

To read the next story on our site, click here.