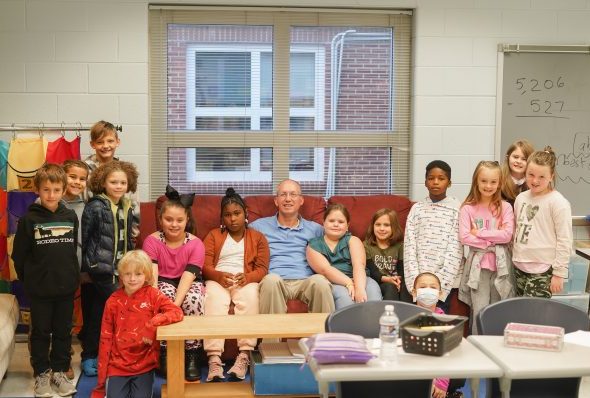 Teacher Steve Hughes’ class brought in the most, with $180 raised.

How do you help Cumberland schools raise money and get exercise at the same time? You take a walk. The numbers have come in from Cumberland County’s annual Walk for Education, with more than $5,000 raised in total.

“Money raised from the Walk will go to provide teacher grants,” said Barbara Gamage, coordinator of this year’s event for Cumberland schools. “(It goes) to those teachers who submit an application for projects they would like to have for their classrooms that are not funded by the school board.”

During this year’s Walk, which was held on Friday, Sept. 23, Cumberland Elementary School raised $1,160.51. Teacher Steve Hughes’ class brought in the most and as a result, he received a $100 Amazon gift card to purchase something for his room. Grace Meinhard was the student who raised the most money for the school.

Cumberland Middle School, meanwhile, raised $446.65 in donations, with Christie Worley’s homeroom collecting the most. As a result, they all won a pass to the ice cream concession.

Cumberland High brought in $400, with Addison Meinhard and Quinn Kukk collecting the most money.

An anonymous donor also gave $1 for each student that walked in memory of Sue Sewell, which amounted to $1,116 and a Ride for Education brought in $2,100.

“We are thankful for all of the hard work that went into the Walk for Education this year and for our many donors,” Gamage added.