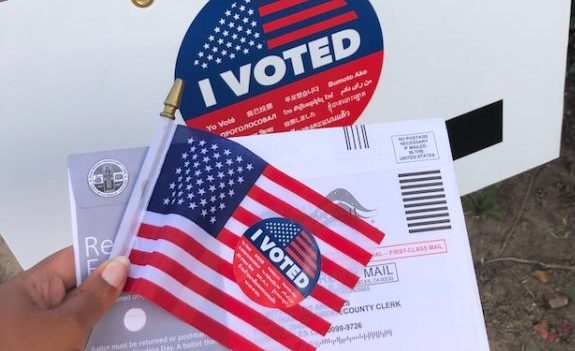 FARMVILLE – For the second time in less than a week, a national politician has weighed in on the Farmville mayoral race. U.S. Senator Tim Kaine announced over the weekend that he was endorsing Carl Eggleston for the position.

“During the three decades I have known Carl, I have seen his dedication to improving his community,” Kaine wrote in a statement. “Carl has the leadership, integrity and experience to strengthen and boost Farmville.”

A Farmville native, Eggleston served on the town council from 1984 to 1988. Since then, he’s served on the Farmville Area Chamber of Commerce, the Prince Edward County NAACP, the Randolph Lodge Masons and the Governor’s Commission on State Domestic Programs. He also runs Oliver & Eggleston Funeral Establishment. Kaine pointed to Eggleston’s community efforts as further reason to endorse him in the race.

“Carl’s steadfast commitment to his community shows that he has the vision and intuition needed to improve Farmville and its people’s lives,” Kaine said. “I am pleased to endorse Carl for Mayor of Farmville.”

Kaine joins fellow Virginian and U.S. Senator Mark Warner in endorsing Eggleston. They are the first members of Virginia’s Washington delegation to offer endorsements in any of the races taking place this year in the Town of Farmville, Prince Edward, Cumberland or Buckingham counties.

and Tim Kaine,” Eggleston said. “These endorsements of Virginia’s United States senators is clear evidence that I can bring home the bacon when it comes to federal program and other aid to help in the growth and development of Farmville. While I am appreciative of these endorsements, the most important will hopefully be from the voters of Farmville on Nov. 8.”

To vote early, you will need to do a few things. First, you’ll need to provide your name and address. Second, you have to show an ID. Acceptable IDs include a driver’s license, DMV-issued ID card, employee ID card with a photo, US Military ID or government-issued ID card. You can also use a recent utility bill, bank statement, government check, or paycheck containing your name and address.

To read The Herald’s Q & A with both of Farmville’s mayoral candidates, click here.