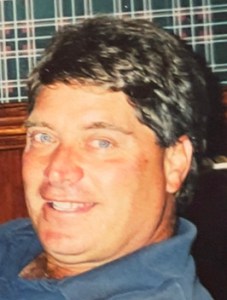 On Oct. 6, William Carrington Sprouse Jr.”W.C.” loving husband and father of two children, passed away peacefully at his home in Rice.

W.C. was born on Nov. 16, 1953, in Lynchburg, to Pete and Lucy Sprouse. He spent his childhood roaming the grounds of Sprouse’s Corner with his many cousins, who would give him the nickname “Buckwheat.” He attended Prince Edward Academy High School, where he met his high school sweetheart, Elizabeth (Betty Scott) Jacobs Sprouse. They eventually married on July 21, 1979, and raised two sons, Scott and Jay. He graduated from Hampden-Sydney College with a B.A. in Political Science in 1976 and was a proud member of the Sigma Nu Fraternity.

W.C. served on the Buckingham Planning Commission in the late 1980s and 1990s. After the national census in 1990, he led the redistricting efforts in Buckingham County. He served on the PEA Board as Director of Treasurer during the switchover from PEA to Fuqua School. W.C. was the President and Owner of Cumberland Building Supply from 1984-2022. He was appointed to and served on C&F’s Bank board from 2005-2010. W.C. was inducted into the PEA Athletic Hall of Fame in 2012. He coached youth league baseball and basketball and influenced many young athletes, including his two sons.

In his full life, W.C.’s three biggest passions were family, golf and music. He was known for his quick wit, infectious smile, business acumen and kind and compassionate spirit.

W.C. was preceded in death by his mother, Lucy; his father, Pete; his older sister Linda, and stepmother, Jane Sprouse (Mama Jane).

A visitation was held on Oct. 10, at Puckett Funeral Home from 11 a.m. – 2 p.m., followed by a memorial service. In lieu of flowers, the family requests donations to be made to Fuqua School or the American Heart Association.