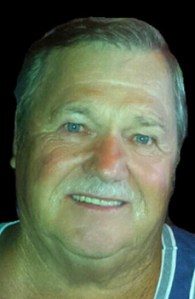 Surrounded by his loving family, Robert O. Bates went home to be with Jesus on Oct. 9, after a brief illness. He was born and raised in Rice to Andrew and Alease Bates who preceded him in death. He was also preceded in death by one brother, William “Sweetie” Bates; one sister, Ida Mae Bates Allen, and his beloved son, Victor “Vick” Bates.

Robert was a faithful employee for the Town of Farmville for 25 years. He loved fishing, hunting, watching wrestling and spending time with the treasure of his heart; his family.

The family will receive friends 10:30 a.m. to 11:30 a.m. on Friday, Oct. 14, at Puckett Funeral Home in Farmville, with his celebration of life immediately following in the chapel of Puckett Funeral Home. Interment to follow at Trinity Memorial Gardens.