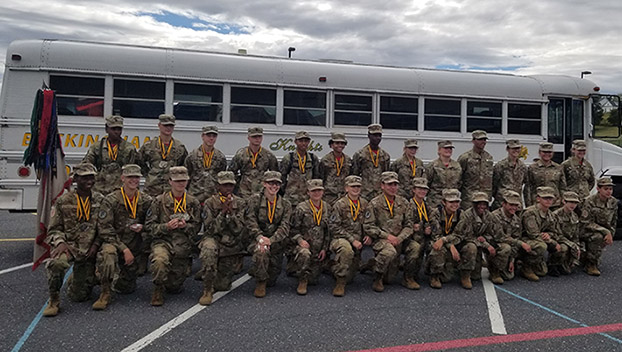 On Sept. 24, the Buckingham County JROTC Raiders kicked off their 2022-2023 campaign at Harrisonburg High School. This was a warm-up Raider meet, as the Raiders are ultimately training for Best of the Best Raider Qualifiers to be held throughout Virginia, West Virginia, North and South Carolina.

In Harrisonburg, the teams were led by seniors Jamal Palmer, Parker Knight and Citlali Vea-Lineas. Raider teams are composed of nine members. To be considered Co-Ed, out of the nine members, at least four members must be female. The male squad led by Jamal Palmer, placed first in Litter Carry, 5K run and Rope Bridge. The co-ed squad led by Parker Knight, placed first in the 5K run and Rope Bridge. Raider Competition or “Raider” as it is more commonly known is a very popular athletic competition held within Junior ROTC programs around the United States.

Raider Nationals will be held in Molena, Georgia.