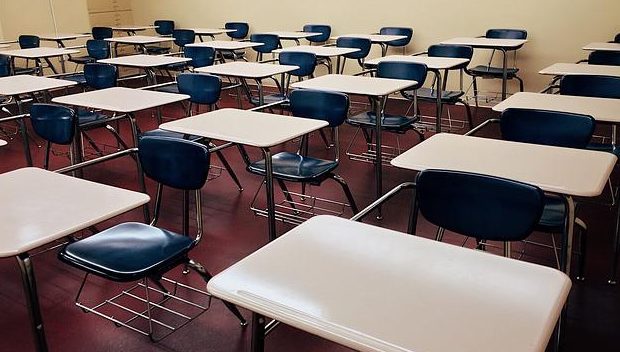 FARMVILLE – Before the pandemic, homebound students in Prince Edward schools were just that. They either were confined to the house or were in a hospital, recovering from an illness or surgery. Either way, they had a note signed by a doctor, explaining why the student couldn’t come to class for several weeks. After COVID-19 hit, that changed.

“Since the COVID-19 pandemic, we’ve seen an influx of applications for temporary medical homebound (status) for individuals that do not meet the guidelines (set) by the Code of Virginia or guidance issued by the Virginia Department of Education,” said Erica Hazelwood. She works as coordinator of special education for Prince Edward County Public Schools. “We’ve seen it try to be used as a loophole to keep children out of schools.”

Hazelwood explained this to the Prince Edward County School Board at their Wednesday, Oct. 5 meeting. She presented a proposed new policy, one that makes it clear when a child can stay out of school long-term for medical reasons.

To be clear, this doesn’t affect students that get sick and have to stay out one or two days. It also doesn’t affect anyone who gets injured and is out to get a cast put on a broken leg. This policy is for students who need to be out more than a month at a time. It clarifies who would or wouldn’t get their request for temporary homebound status approved by the district.

The Code of Virginia, Chapter 131, Section 180 says that “homebound instruction shall be made available to students who are confined at home or in a health care facility for periods that would prevent normal school attendance.” To get this application approved, a student needs “certification of need by a licensed physician or licensed clinical psychologist.”

If you don’t have that, the Code says, then the student doesn’t qualify for homebound instruction. That’s the state’s rule. A school district could get in trouble for violating it, unless they had a specific policy in place. And again, before the pandemic, that wasn’t a problem. Doctors signed off on certifications of need and parents brought those notes to Prince Edward schools. On each of these notes, it was stated or the box was checked that because of their medical issue, the student needs to be homebound for a certain period. Part of the issue, Hazelwood said, is that local doctors have changed their practice regarding potential homebound cases.

The doctors are also sending applications for students that don’t meet the state’s criteria, she added.

“We’re receiving (homebound applications) for a medical diagnosis of anxiety or depression, (things) that don’t limit a student’s ability to actually be present in the building,” Hazelwood said. “They’re leaving it up to us to deny the application, as opposed to them not submitting it if they don’t meet the guidelines.”

How does homebound status work?

If a student’s application gets approved, teachers will provide them with homebound instruction for a certain period. The Code says it can be either up to 45 days or nine weeks. During that period, the student will handle schoolwork much like the early days of the pandemic. They’ll receive assignments and instruction via computer or typed/copied material.

If the doctor doesn’t release the student within that 45 day period, then another request goes in to extend the homebound status. This part is more involved. It requires school staff to develop a plan of care for how they would re-acclimate that student into the building, once he or she is fully recovered.

But if you don’t fit the Code’s description, if you’re not confined to either a home or healthcare facility for that period, the school district has to reject your appeal. And as the Code says, only a doctor can confirm that you need to be homebound. But post-pandemic, doctors are still writing the notes, but are leaving that homebound confirmation off a number of them.

A cause for confusion

That’s led to confusion for some parents, who don’t understand why their child’s application for homebound status got rejected. And that’s the reason for the proposed new policy, Hazelwood said. This way, when parents have questions, staff can directly point to the district’s rules.

Earlier this year, Hazelwood said she sent out a letter to parents, explaining what the Code of Virginia and the VDOE guidelines say about homebound status. She also told parents that applications without a doctor’s confirmation would be rejected.  Even so, she thinks the policy would help.

“We could (point) to our policy if need be,” Hazelwood said. “(We) thought this policy would be an effective way to outline our procedures, so that everyone (can see their) requests were handled equitably and consistently.”

What’s next for Prince Edward schools?

The school board just heard the proposal for the first time on Oct. 5. Now it’ll come back before them during their November meeting for a vote.