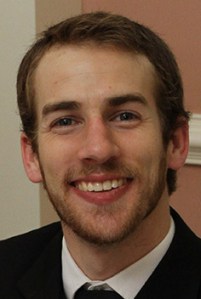 Clinton Mooney is the Republican nominee for Prince Edward County Board of Supervisor Lockett District 201.

The 2009 Prince Edward High School graduate is looking to serve the community that has served him so well. Starting with his first job working at Poorhouse Dairy Farm, throughout his high school and college education, and learning life from a wheelchair, the Prince Edward community has always been there.

“This county has a lot of strengths that make it so great, but the greatest asset Prince Edward has are its citizens,” Mooney said.

After high school, Mooney graduated from Longwood University with a Bachelors of Science in Business Administration in 2015. He jokingly says if you did the math, it took him longer than most to graduate. His freshman year, a car accident left him paralyzed and required him to take time off from school.

“The support I received that day and continue to receive was like nothing I have ever seen before,” Mooney said. “The ability for a community to come together and rally around its citizens is extremely powerful and how changes are made. I believe this community can come together and address the weaknesses affecting this county, such as education.”

“I will fight for lower taxes and trimming non-essential government spending,” he added. “I will be vocal in keeping voters informed with decisions being made by the Board of Supervisors and listen to the voters feedback.”

When he thinks of leadership, Mooney is reminded of the phrase “to lead is to serve”. The Board of Supervisors position is one of service to Prince Edward County, he feels. To lead it into the proper direction, you have to set and achieve goals. It is a team of people working together to empower and inspire a community where we all can be leaders.

“I’m asking to serve this community by being on the Board of Supervisors,” Mooney said. “I know I have all the qualities to be a strong Board of Supervisor and am ready to put that on display. I promise to work hard everyday, listen to what voters have to say, and to be the best citizen leader I can be through my service. I would appreciate your support with a vote on Nov. 8 at Rice Volunteer Fire Department for Clinton Mooney.”