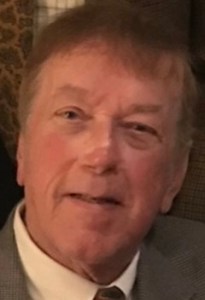 James Linwood Whitlock passed away peacefully at his home on Oct. 10, surrounded by people who loved him.

He was born in Farmville on Feb. 27, 1936. He was a graduate of Farmville High School, Washington and Lee University, where he was a member of the Phi Kappa Sigma fraternity, and the T.C. Williams School of Law. Jim was an excellent, talented lawyer, who represented thousands of local clients from all walks of life. He inherited a love of real estate from his father and bought and sold real estate with genuine passion.

“Jimbo,” as he was known by his friends, worked as an attorney in Virginia Beach for Kellam and Kellam for two years. He then hung out his legal shingle in Farmville in 1968, becoming the town attorney in 1969. He was a member of the Farmville Rotary Club and the Jaycees, as well as a member of the Farmville United Methodist Church. He was a huge fan of the Washington Redskins and UVA football, and basketball, as well as a great supporter of Longwood University and Hampden-Sydney College Athletics. Jim also coached little league football in his younger years. To say he was a “fan” is insufficient: he was a true fanatic in support of his teams.

Jimbo loved the game of golf, but he would be the first to tell you that he was never any good at it. He also loved the Lawrence Welk Show, and for many years, upheld the Saturday night tradition of tapping his toe to the music with his daughter, Ann, and family friends. He loved fine dining, but knew that there was no better meal than a burger and bourbon

Jim was preceded in death by his parents, Edward and Mattie Leigh Whitlock; his brother, Edward “Ned” Whitlock Jr.; his son, Bill, and his grandson, Josh Whitlock. He was married to the love of his life, Joyce for 52 years, and is now re-united with her forever.

Jim is survived by his devoted daughter, Ann Leigh Whitlock of Farmville and Midlothian; his granddaughter, Cory Ann Whitlock of North Carolina and his niece, Jan Brown Whitlock of Vermont. He is also survived by a circle of friends for whom he was exceptionally grateful. Jim was a wonderful father.

For more than 25 years, Jimbo had the loyal and skilled assistance of Hazel Burley. He was also assisted by Jeannette Johnstone and the late Connie Morris.

A special note of thanks goes out to the many people who helped care for Jim during his last few years: Donna Heath, Jonathan Brooks, Stuart Ford and John Crenshaw. Thanks also to Mark Munoz, a friend and neighbor who brought treats and sang along with the Whitlocks and Lawrence Welk on Saturday nights.

Jim’s laugh and his skill at telling a good story will be forever missed. Rest in peace and love, Jimbo.

A celebration of Jim’s life will be held at the Farmville United Methodist Church on Oct. 22, at 11 a.m.

In lieu of flowers, please consider a donation to the Heart of Virginia Free Clinic, 401 E 3rd Street, Farmville, VA 23901 or to your favorite charity.