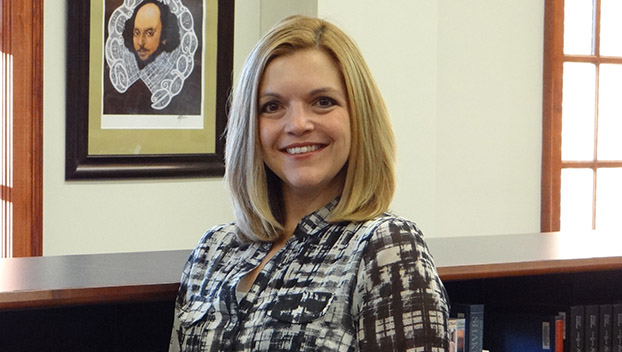 FARMVILLE – A second write-in candidate has entered Farmville’s Ward A race, running for a seat on Farmville Town Council. Shaunna Hunter-McKinney announced her candidacy on Wednesday, Oct. 5. No candidates declared to run for this position by the filing deadline, so whoever gets the most write-in votes will win the seat in the November election.

“I’ve heard it said you must live in Farmville 20 years before calling it home,” Hunter-McKinney said. “Having recently passed that 20 year mark, I believe it is the right time to step forward as a write-in candidate to represent Ward A on Farmville Town Council.”

Hunter-McKinney is a longtime employee of Hampden-Sydney College, where she currently works as library director. She is also a Girl Scout leader, a member of the Central Virginia Regional Library Board, a board member for the local non-profit Prince Edward Christmas Mother and serves as President-Elect of the Rotary Club of Farmville.

“I have come to appreciate the significance of institutional history, while also looking for ways for our town and institutions to remain relevant, vibrant, and attractive – whether that occurs while recruiting and retaining students, or in Farmville’s case, through providing services and developing our local economy to recruit and retain residents,” Hunter-McKinney said. “In many ways, a career as a librarian is excellent preparation for public office. Libraries create an informed citizenry by helping the public access and evaluate information, representing all viewpoints, and serving our communities.”

Hunter-McKinney said if elected, she would focus on constituent services and encouraging public participation in local government.

“Early voting is open, so from now until November 8, I would appreciate write-in votes from my fellow residents and neighbors in Ward A,” she added.

More about Farmville’s Ward A seat

This election is for the Ward A seat, currently held by Greg Cole. Cole is not running for another term, as he will step down when his current one ends in December. As of Oct. 5, no candidates other than Hardy have declared for a write-in campaign.