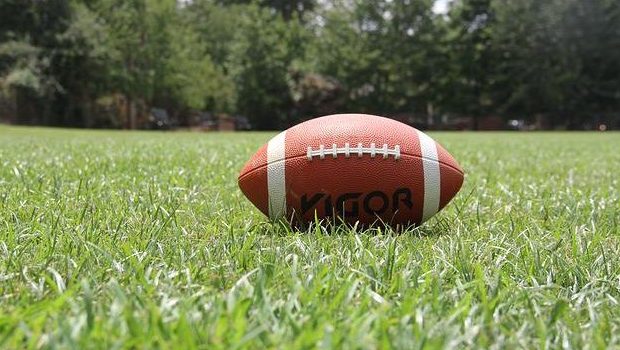 DILLWYN – Notching their seventh straight double-figure triumph, the Buckingham County Knights took care of business against Amelia by a score of 28-12 last Friday. This sets up a showdown with unbeaten Central Lunenburg in Victoria.

It was another scintillating performance from senior Kenneth ‘K.J.’ Williams, who rushed for 236 yards and three touchdowns on 32 attempts.  His scores measured 67, nine and two yards on the evening.  That brings his season totals to 1313 yards and 13 TD’s rushing on more than 12 yards per carry.

Spearheaded by Williams, the Buckingham offense is certainly worthy of attention as they’re averaging 40.7 points per game, on track for the program’s best since the 2015 campaign when they put up 44.7 per contest.  But the defense, giving up less than 12 points per game, is also performing at a high level and having its best numbers since 2009.

The play in the trenches along the offensive and defensive lines has meant a great deal for them.  It causes concern for Chargers coach Will Thomas for the upcoming matchup.

“We watched them at Nottoway and they’re just a different animal,” Thomas said of Buckingham. “ I think we get off the ball well on the offensive line, but so do they with some pads hitting.  They do what they do so well.”

“They’ve got some really good skilled people, running backs and athletes,” he added. “Their kids believe in what they’re doing and Seth (Wilkerson) does such a good job.”

Statesmen round back into form

The Randolph-Henry Statesmen were riding high to begin the 2022 campaign. They started off with convincing double-digit victories against Nelson County, Fuqua and Surry as they opened 3-0.  They then hit a rough patch, dropping three consecutive games by running clock margins of 35 points or greater.

Coach Ray Conner’s bunch got back to their winning ways with two wins in a span of five days, first blanking Arcadia 49-0 on a Monday night, October 17th, before turning around on Friday to handle Cumberland 54-6.

The Statesmen have put that three-game losing skid to rest and are focused on a march towards the postseason.

“It was a total team effort in both of those games,” Conner said.  “We ran the ball well and a lot of kids got to play.  Our defense also generated a couple of pick-sixes against Cumberland.”

In the win over Cumberland, senior tailback Ja’Quante Robertson thrilled the crowd with a 65-yard touchdown run.  Returning a pair of interceptions by the Dukes for scores were junior cornerback Jaylen Mitter and senior lineman Parker Cottrell.

“We know at this point if we win out, we should be guaranteed a great spot for the playoffs.  That’s our goal right now as we head to Nottoway on Friday night,” Conner remarked.  “We also know our keys are controlling the line of scrimmage and running the ball well.”

The upcoming Buckingham at Central-Lunenburg battle will have major playoff implications.  Currently, Buckingham is tied for fourth in Region 2B with Clarke County (6-2) at 23.25.  Lunenburg, meanwhile, is second in Region 1B behind reigning six-time State Champ Riverheads (6-1).  With a 22.75 rating, Lunenburg would need to win out to have any chance of catching or passing Riverheads, which has a 23.85 rating.

At 4-4 overall with a 16.25 rating, Prince Edward is currently tenth in Region 2B, where the top eight schools will qualify.  Beating Amelia County on the road on October 28th to snap a three-game losing streak would help their chances immensely of moving up and having a shot at sneaking in the postseason.