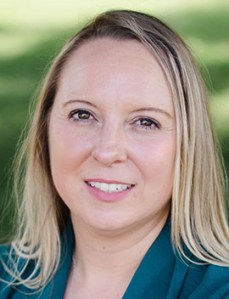 Wendy Hannah wants to remove the interim title from her position. Appointed as the Interim Commonwealth’s Attorney for Cumberland County in April, after Patricia Scales retired, Hannah is running in next month’s special election to fill the seat.

“I am no stranger to hard work. Since earning the appointment as Cumberland County’s Interim Commonwealth’s Attorney I have worked tirelessly to ensure justice for my constituents,” Hannah said. “There is much work to be done and, as such, I am asking for Cumberland’s voters to vote for me — Wendy Hannah — to remain the county’s Commonwealth’s Attorney.”

Hannah grew up in Riner, Virginia, where she lived on her family’s dairy farm. The Cumberland resident says she milked cows morning and evening, while also putting up her fair share of square bales. Her mother still lives on the family’s property. After graduating from Radford University and the Appalachian School of Law, Hannah landed in Chesterfield and married her husband, Stuart “Stu” Hannah. The couple purchased a home in the Cartersville area of Cumberland County.

“Both Stu and I have dedicated our careers to public service through law enforcement,” Hannah said. “I am a career prosecutor, whereas Stu is on the frontlines of law enforcement. He is in his 18th year with the Richmond Police Department, where he is currently a K-9 Sergeant. We are both pro-2nd amendment and strongly support legal possession and ownership of firearms.”

For more than 10 years, Hannah has dedicated her career to serving her community and speaking for victims of crime. She is the only candidate in the race who has been a prosecutor as a licensed attorney.

“I have tried more cases than I can count, but being a prosecutor is not about keeping track of numbers and statistics,” Hannah said. “Being a prosecutor is about making the difficult decisions of whether to seek charges against someone knowing that the odds may not be in the Commonwealth’s favor. It is about speaking for those who cannot speak for themselves. It is about assessing the value of a case, determining whether the Commonwealth can reach its burden of proof beyond a reasonable doubt, and pushing forward trusting that justice will prevail. I have tried virtually every type of case – from larceny to homicide, and sexual assaults to white collar crimes. Likewise, I have tried cases to judges and juries.”

When asked why she’s running for the position, Hannah said she wants to help her community.

“Cumberland deserves a career prosecutor: someone who is dedicated to serving victims of crime and not defending the perpetrators of crime,” Hannah said. “This county needs someone who is focused on enforcing the Code of Virginia as it stands rather than legislate from the courtroom. I am running as an independent in this election because I do not believe the position of Commonwealth’s Attorney should be a political position, and I will not be forced to take a side or make decisions on cases based upon political affiliations.”

ASSESSING THE NEEDS OF THE COMMUNITY

“When I first took office, I took the time to assess the needs of the community through the lens of a prosecutor,” Hannah said. “Likewise, I assessed the needs of law enforcement officers, judicial economy, and maximizing our county’s resources to the benefit of its citizens. For example, I have worked with the circuit court clerk’s office to establish a restitution docket so that defendants are held accountable for delinquent payments owed to victims of their crimes. Although many times victims are not able to be made whole due to bodily injury or sentimental property losses, monetary reimbursement is something that should be provided.”

Hannah said much of the crime she sees centers around substance abuse and addition, as well as drug distribution. During her time as Interim Commonwealth’s Attorney, she collaborated with community organizations, rehabilitation facilities, the VCU Health System, local and state probation and parole groups, as well as the Virginia Department of Corrections in an effort to remove narcotics dealers from the community and curb the problems that addiction and illegal drug use brought.

“Additionally, I am working with other local prosecutors to establish a regional drug treatment court in our area,” Hannah said. “This is a long process that is in its infancy stage, but we are hopeful that with our respective communities’ support this can be done in the very near future.”

WORK BEYOND THE COURTROOM

Hannah said she’s always focused on being fair and consistent, while recognizing that no two cases are truly the same.

“Each case deserves individual attention,” she added. “I am tough on crime while being mindful that all of my decisions should always circle back to one determination: are the decisions I am making centered around meeting the ends of justice.”

Hannah said she also has an “open door” policy, so residents can share their concerns about crime and how people are being impacted by the work her office does.

“When people see me out in the community, I hope they feel welcome to come over and chat. Community outreach is so important to who I am as a person and as a Commonwealth’s Attorney,” Hannah said. “My husband and I are both members of the Cartersville Ruritan Club and we attend Cartersville Baptist Church. I am proud that my office recently organized a very successful school supply drive in collaboration with Cumberland residents and community organizations. In addition, my office donated items to teachers as a “thank you” for their service to our community. Also, together with the Cumberland Sheriff’s Department we donated books to Cumberland County Elementary School. I even had the fun chance to participate in a charity baseball game earlier this year. Finally, my office organized Cumberland’s first National Night Out, but unfortunately it was canceled due to inclement weather. However, I hope to make National Night Out an annual event.”