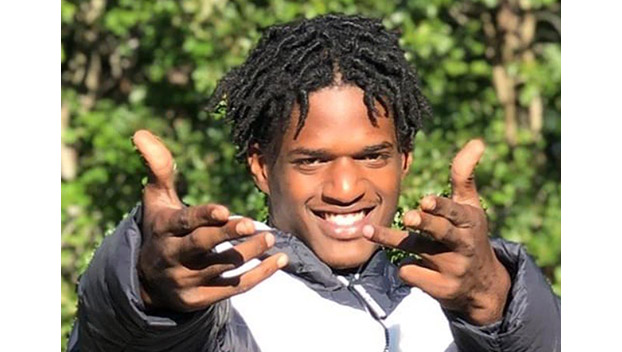 20-year-old Prospect resident Tai'Juan Williams is wanted in connection with a homicide on Sunday, Oct. 30.

UPDATED: The suspect has been arrested. For more, click here.

FARMVILLE – Officers with the Farmville Police Department are searching for a 20-year-old Prospect resident today, in connection with a shooting that took place Sunday, Oct. 30. Officers were called to the 800 block of Early Street at 7:25 p.m., after reports came in of shots being fired inside a residence.

When they went inside, officers found a male victim who had been shot multiple times. That victim, 25-year-old Dennis D. Dubose of Farmville, was pronounced dead at the scene. According to information from Farmville Police Chief Andy Ellington, officers remained on scene throughout the night, processing the scene for evidence and interviewing witnesses. As a result, they’re searching for Tai’Juan A. Williams, who was identified as a suspect in the case. Williams is a black male, standing 5’7 ft. tall with a slender build, weighing about 135 lbs. He currently faces charges of first degree murder and use of a firearm in the commission of a felony. Ellington warns that Williams should be considered armed and dangerous. Residents are asked to call the police department if you spot the man, but do not engage him yourself.

Anyone with information related to the case or the whereabouts of Tai’Juan Williams is asked to call Detective Sgt. D.A. Ragland at (434)-392-9259 or the Farmville Emergency Communications Center at (434)-392-3332.

Information can also be submitted anonymously through the Tip411 program on the web by clicking here, or by going to the Farmville Police Department’s website and clicking the “Report a Crime” link found on the page.