Farmville Herald News Briefs: What caused the ground to shake? 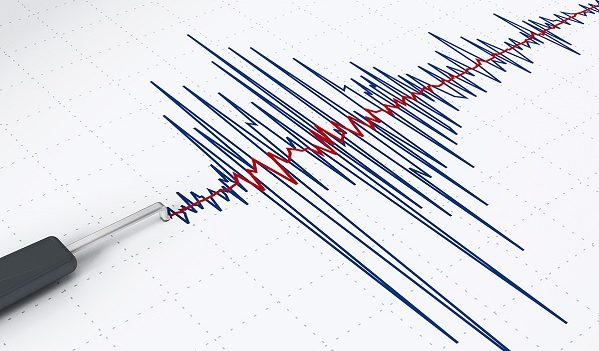 FARMVILLE – Even late at night, people have questions for The Farmville Herald staff. About 12:15 a.m. on Oct. 11, a couple started trickling in via email, asking what caused the ground to shake. The answer was an earthquake, although not one in our immediate vicinity. A small earthquake hit just after midnight in Goochland on Tuesday, Oct. 11. According to the U.S. Geological Survey, it measured 2.4 on the richter scale. That’s far enough away from Farmville and the surrounding area that we just got a slight rattle, rather than something strong enough to knock things off the shelves.

And with that, let’s look at some other news from around our region…

When will the courthouse project be complete?

Construction has been going on at the Prince Edward County Courthouse for a while now. And now we have an answer as to when it’ll be finished. At the board of supervisors meeting on Tuesday, Oct. 11, Prince Edward County Administrator Doug Stanley gave an update on the project. He said the subcontractor who’s doing the landscaping is now on site.

“Over the next two weeks, (they) will be installing shrubs, trees and sod,” Stanley said. “The project should be wrapping up in the next several weeks. We hope to have it complete for Trick or Treat on the 31st.”

To help with that, the district has set up Saturday tutoring sessions at the Southside YMCA. That will happen Oct. 22, Nov. 12, Nov. 19 and Dec. 10. Lunch will be provided and the sessions will run from 9 a.m. to noon each day.

Across the country, veterans are having a hard time accessing their benefits. The Farmville Herald has found arguments from cities and counties that they don’t know when veterans move into their community, which makes it hard to connect them to benefits. So how does this tie into Prince Edward County? The answer is through Operation Green Light, which Prince Edward supervisors adopted a resolution in support of on Tuesday night.

Operation Green Light will take place from Nov. 7 to Nov. 13. Residents are asked to put a green light in the window or on the door of their home during that time. Counties, cities and businesses are asked to do the same. The idea is to pay tribute to veterans as part of the week leading up to and the days following Veterans Day.

Prince Edward will be one of those counties participating, as the supervisors unanimously voted to approve the motion during their Tuesday meeting.

The largest change appeared in Section 10-100, which updated the County’s Code for Dangerous and Vicious Dogs. This change noted in the code explains how the law enforcement or animal control officers are to issue a summons for the dog and that the hearing or appeal will not take place within 30 days of the summons unless good cause is found by the court.

The second change involves rabies clinics in the county.

“The old state code listed that we had to have one available to the citizens every year,” said Chief Animal Control Officer Chris Riviere. “The state has changed that. Now a rabies clinic must be available every two years.”

The final change didn’t affect local pet owners. It was simply rewording a portion of Section 10-10 to make sure it references the Code of Virginia. According to Riviere, this was a statute that was repealed and replaced with a newer version, therefore the county needed to update it by adopting the changes.

In the wake of Hurricane Ian, blood supplies have dropped across the Commonwealth. The number of donations has declined as well, as we reported last week. To help with that, the Farmville Rotary Club will host a blood drive on Wednesday, Nov. 2. The event will run from 10 a.m. to 3 p.m. at the Farmville Train Station.

“The Farmville Rotary Club is committed to strengthening our community and helping meet hospital and patient needs through blood donations,” Club member Kerry Mossler told the Farmville Herald. “This blood drive is our way of giving staff, colleagues and neighbors and opportunity to help save lives.”

All blood types are needed, but two are in very short supply. Type O Negative red blood cells and Type AB blood plasma are the most needed. Only 7% of people across the country are Type O Negative, but they can be given to patients of any blood type, putting them in demand. The same goes for AB plasma, but it’s even more rare. Only 4% of people across the U.S. have Type AB blood.

For more information or to make an appointment to donate, call Kerry Mossler at (434) 315-2445 or sign up online at redcrossblood.org.

Click here to read the next Farmville Herald story.