Council signs off on proposal for Longwood Avenue apartments 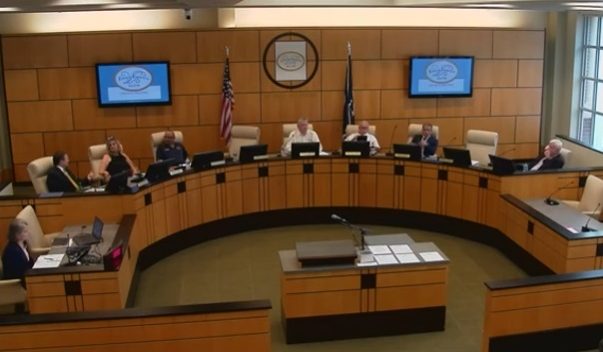 FARMVILLE – A couple new apartments will be going up soon in Farmville. During their Wednesday, Oct. 12 meeting, the Farmville town council approved a request to build apartments on Longwood Avenue.

The site in question is located at 1306 Longwood Avenue. That’s on the north line of Longwood Avenue, an estimated 900 feet west of its intersection with East Third Street. This won’t be completely new construction. Instead, it’ll be transforming a home built in 2001.

The current home is divided into two units, containing two bedrooms and two bathrooms each. Under the proposal approved by council Wednesday night, the owners will add two one-bedroom studio apartments to the building, as part of the walkout basement. That walkout basement has a total area of an estimated 1,600 square feet, which would be divided up between the two studio apartments.

While the council signed off on the proposal, they did so under several conditions. These were conditions recommended earlier by the Farmville Planning Commission. First, the parking and driveway spaces within 25’ of the right-of-way will be paved. Second, there will be four required off-street parking spaces built at the rear of the site.

Third, mailboxes set up for the new residents will not be put in the sidewalk or anywhere in the public right-of-way. Fourth, the owners have to improve the landing area of current steps leading from the rear exits of the main floor units.

There was no timeframe given for when construction would start.