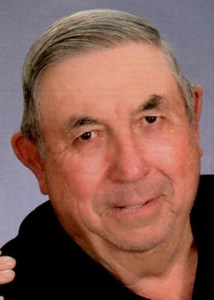 Charlie Francis Brisentine, 81 of Pamplin, passed away on Monday, Oct. 10, at Lynchburg General Hospital. He was the husband of Brenda Richardson Brisentine for 55 years.

Born in Prospect on April 2, 1941, he was the son of the late Henry Marshall Brisentine and Bessie Roberts Brisentine. He was a member of Piney Ridge United Methodist Church. Charlie retired from Limitorque Corporation with over 30 years of service. He was also a lifelong farmer and served his country in the United States Army during the Vietnam War.

He was preceded in death by his brother, Robert, and his sister, Charlotte.

A funeral service was held at 2 p.m., Oct. 13, at Piney Ridge United Methodist Church where Pastor Eric Hernandez and Pastor David Drinkard officiated. Burial followed in the church cemetery. The family received friends one hour prior to the service in the church.

The family would like to give a special thank you to everyone who prayed, sent cards or flowers, and for the kind words during Charlie’s illness.