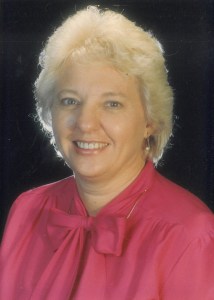 Carolyn Virginia Hodges Crosby, 80 of Orlando, Florida, passed away on Sept. 28. She was the daughter of the late Clarence Marvin Hodges Sr. and Bedie Wingfield Hodges.

Carolyn was born on May 14, 1942. She was born and raised in the New London community. She was brought up in the Bethel Baptist Church in Evington.

Her hobbies included photography, scuba diving, traveling with her husband all over the world. She was active in Aloma Church in Orlando with choir and women’s bible study. She also enjoyed creating stained glass art. She was very active with the local Gideon’s Bible Ministries and enjoyed distributing Bibles to local hospitals. Carolyn loved the Lord with all her heart, with all her soul and with all her mind. She emulated the Lord in every way. She was a beautiful daughter of the Lord our Father.

In addition to her parents, she is predeceased by Clarence Hodges Jr. (Josephine), Thomas Hodges (Juanita) and Phyllis Mann (Bill).

A funeral service will be held on Saturday, Oct. 8, at 1 p.m., at Tharp Funeral Home in Lynchburg. The family will receive friends for a visitation one hour prior to the service. Interment will be held at Fort Hill Memorial Park.

In lieu of flowers, contributions may be made to Gideons International: PO Box 140800, Nashville, TN 37214 and designate to Carolyn Crosby – East Orlando Auxiliary Camp Orlando East Camp #U09120.