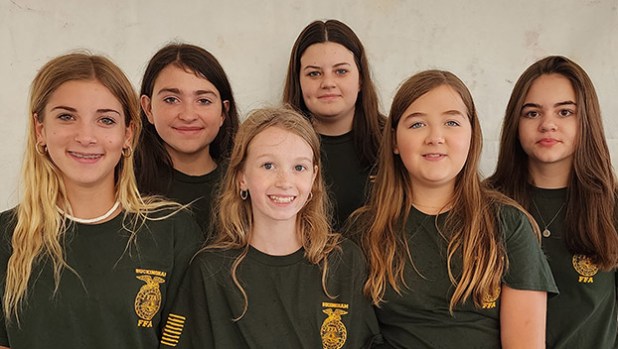 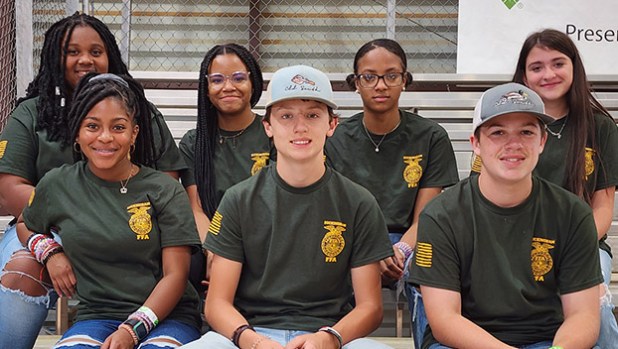 The Buckingham Middle School FFA was very excited to have students attend and compete at the State Fair of Virginia Sept. 27 – 30. The Educational Exposition at the fair is designed to educate youth about all the Commonwealth has to offer in a setting unlike any other. “Virginia’s Largest Outdoor Classroom” provides students an opportunity to experience agriculture, history, technology and natural resources first-hand.

In addition to all the exhibits at the fair, students in Career and Technical Education (CTE) classes also had the chance to showcase what they have learned by competing with other schools through the SkillsUSA program. SkillsUSA is a partnership of students, teachers and industry representatives working together to ensure America has a skilled workforce. Nine BCMS students were a part of the competition at the recent State Fair.

Participants had to identify trees from leaf samples, identify disease and insect problems, and identify the tools used in the forest industry, as well as measuring trees to determine lumber volume and estimating land area. Team A placed seventh as a team and team B placed eighth in the junior division. Individually Ryland Carter placed eighth.

The third phase was a series of stations or tables where all contestants would respond to the station’s requirements. Team A included Dakota Bryant, Brynlee Henson and Alexis Meadows. Team B included Morgan Webb, Ava Taylor and Vaiden Taylor.